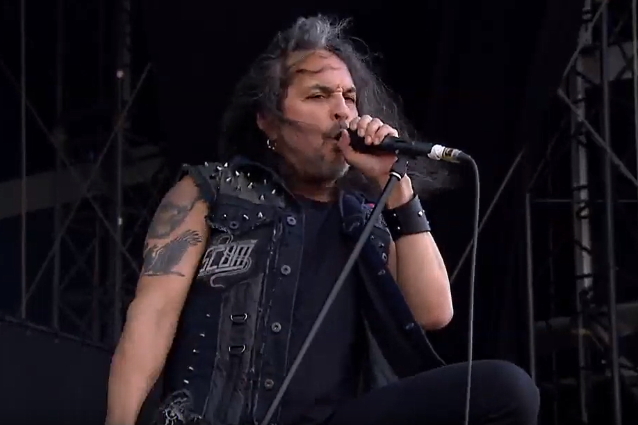 ARTE Concert has uploaded professionally filmed video footage of DEATH ANGEL's entire August 14 performance at the Summer Breeze festival in Dinkelsbühl, Germany. Check it out below.

DEATH ANGEL recently announced a fall 2019 North American headlining tour with openers EXMORTUS and HELLFIRE. The month-long trek will kick off on November 16 in Seattle and end on December 19 in West Hollywood.