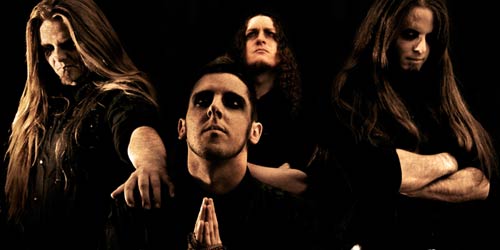 THE ORDER OF APOLLYON, the black/death metal project featuring current/former members of ABORTED, CARCASS, AKERCOCKE and CRADLE OF FILTH, has posted its cover version of the METALLICA classic "Creeping Death". Check it out using the SoundCloud widget below.

Says THE ORDER OF APOLLYON: "Something like two years ago, we entered the BST Studio and began working on what would become our second album. Nothing ever goes as planned, but back then, we didn't think it would take that much time to achieve this record. Anyway, this was recorded during these sessions, and we should be giving more news about the album itself soon."

THE ORDER OF APOLLYON's debut album, "The Flesh", came out in April 2010 through Listenable.

THE ORDER OF APOLLYON's recording lineup for "The Flesh" was as follows: