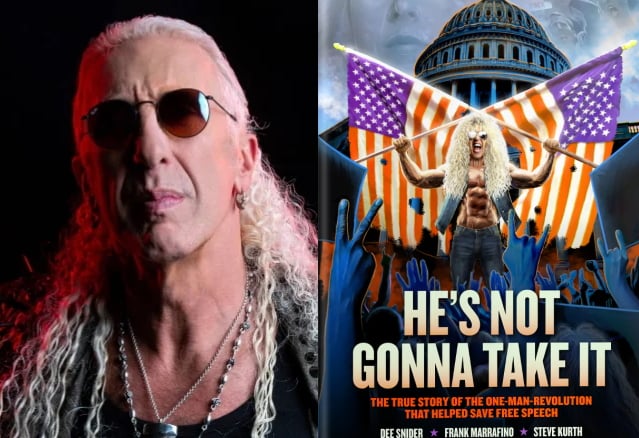 More than 35 years ago, TWISTED SISTER frontman Dee Snider marched into the United States Senate's Committee on Commerce in a jeans jacket and tank top to confront a band of concerned Washington housewives hellbent on silencing the howl of metal and beyond. Co-founded by Tipper Gore, a committee of politicians' spouses labeling themselves the Parents Music Resource Center (PMRC) had lobbied to plaster "Parental Advisory: Explicit Lyrics" labels on any music that conformed to their definition of overtly sexual, violent, or drug-endorsing. Partnering with Z2 Comics, Snider's war to preserve the first amendment will be retold in "He's Not Gonna Take It", a graphic novel charting the rocker's articulate battle against censorship alongside writer Frank Marraffino ("Marvel Zombies") and artist Steve Kurth ("Avengers", "X-Force").

The following journey would forever forge the name Dee Snider alongside the battle for freedom of expression — in the arts and beyond. This new graphic novel charts that one-man war throughout Dee's life. From a childhood where he was frequently silenced, through the early efforts to stifle his band's music, to the open warfare of the PMRC hearings in Washington, D.C., and his current efforts on social media, "He's Not Gonna Take It" tells the story of why free speech is so important to this man who has perpetually fought for it — even when it endangered everything that was important to him.

"When I look back on that historic day, I think, 'How did I fit balls that big into those skin tight jeans!?'" Snider recounts. "Then I reflect on the fact that I still stand for everything I stood for all those years ago...and I'm ready to do battle again."

"Unless you grew up during the PMRC hearings, I don't think you can really understand what a massive impact it had as teenagers watched Dee testify before congress about the importance of freedom of speech," editor Rantz Hoseley explains. "Metal and rock preached rebellion and fighting back in the song lyrics, but here was the only frontman who was walking the walk. In a world where you thought that adults said one thing and did another, it was the moment where you could believe… Yes, there are people out there who will fight for what is right, against all odds, no matter what the cost. It's a story that is more vital today than ever."

In 1985, the Parents' Music Resource Center (PMRC),led by Tipper Gore, was trying to introduce a parental warning system that would label all albums containing "offensive material." The system was to include letters identifying the type of objectionable content to be found in each album (e.g. O for occult themes, S for sex, D for drugs, V for violence, etc.),which resulted in the "Parental Advisory" sticker now found on new album releases with "questionable content." The incongruous trio of Dee Snider, Frank Zappa and John Denver were called before Congress to testify in defense of music.

Dee spoke about the experience in a 2020 interview with "Hardcore Humanism With Dr. Mike". He said: "For every reaction, there's a reaction, and during the decade of decadence, which is how they refer to the '80s as, and that's all the hair bands. And you look at the all the '80s music — it was very sensational and outrageous at times, but it also reflects the time… It was the Reagan era, and it was very conservative at the time. And for every action, there's a reaction, and kids were pushing back, young people were pushing back on conservatism by acting out in a very outrageous [way], with the party lifestyle and all that stuff. Parents, a couple of senators' wives, Al Gore's in particular, started looking at song lyrics and decided that they need to protect their children by reading song lyrics, so parents are making parents' job easier as parents to protect their children from our words.

"It gets very complicated, because it's a First Amendment issue, it's freedom of speech," he continued. "Who's gonna judge what words actually mean? You're talking about art. You're looking at a painting and saying, 'What did the artist mean?" Sometimes it's just a bick dick on the page, and you're pretty sure he meant to draw a dick, but other times it's interpreted — a lot of times it's interpreted. But the bigger problem, it wasn't for me. And I was a parent, which really shocked them. I was married, and I already had a kid, and I was one of the rockers that they were worried about. I said what I do mind is how this could be used in the wrong way, and that is to prevent people from accessing art, to prevent people from getting the music. And that is what happened ultimately — the sticker that was put on there, 'Warning: Parental Advisory', was used to segregate records; stores would not carry albums. That's not informing parents; that is keeping art from the general public, and certain parties deciding what people will listen to and not listen to. That's unacceptable."

Snider was ranked as one of the top 100 metal vocalists of all time by the magazine Hit Parader. His 1984 album with TWISTED SISTER, "Stay Hungry", went double platinum, with lead single "We're Not Gonna Take It" eliciting ire from the PMRC. Snider would go on to co-found the '90s metal band WIDOWMAKER before writing and starring in the cult horror film "Strangeland" in 1998. Snider has been the host of "The House Of Hair" radio show since 1997, curating heavy metal, glam, and hard rock primarily rooted in the '80s and '90s and syndicated over 200 markets. 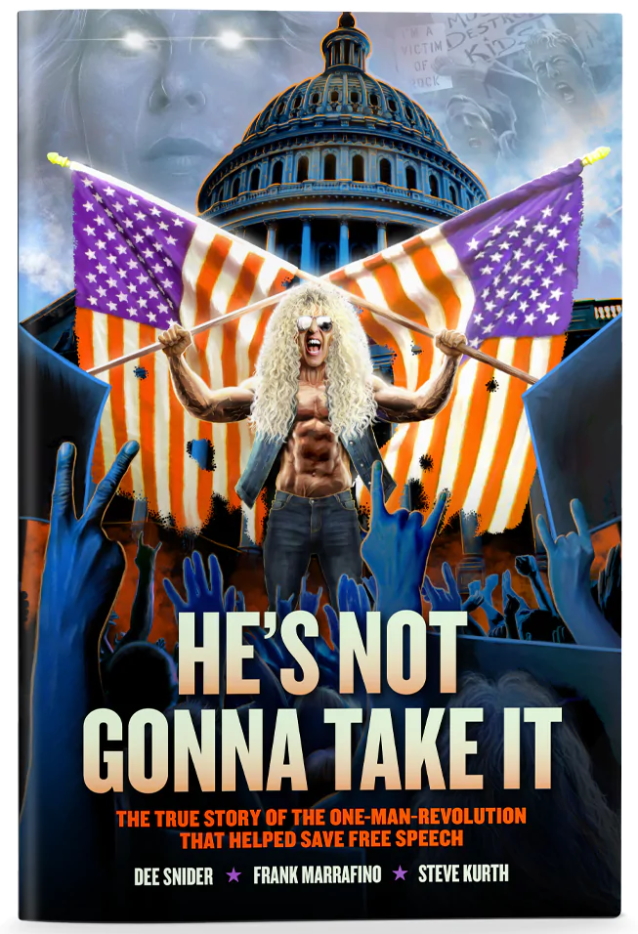