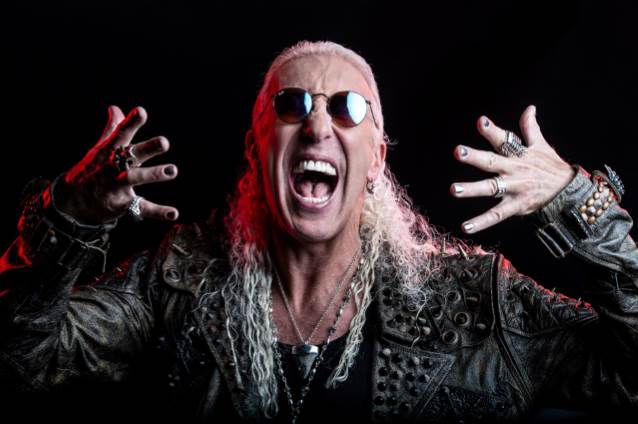 TWISTED SISTER frontman Dee Snider has admitted to Gruemonkey.com that he didn't write a single note or lyric for his upcoming solo album, "For The Love Of Metal". "I'm not gonna bullshit you; I don't bullshit anybody," he said. "I didn't write a thing. [Producer and HATEBREED singer Jamey] Jasta, to his credit, he studied me like… I don't know… like a fucking insect under a microscope, I guess… and he channeled me in such a way that… He studied my voice, he studied my lyrics, and everything he brought to me, it was like it came from me. But I did not write on this record. Yet everything that was presented to me, I felt inspired — I felt, 'This works for me, it speaks to me, and I can sing it like it's coming from my soul,' and I mean it."

He continued: "I'll give you the ultimate example of how he was channeling me. During the recording of the record… When we started the record, my mother was healthy, 85, alive and vital — a contributing member of society, art teacher, [doing] charitable work — an amazing woman. During the recording, she was hit by a car, [suffered] brain damage, became a vegetable, [she spent] two months in the hospital and then died. And all while we were recording the record. And at one point, I'm recording a song… And I didn't stop recording, because metal, for me, has always been that release of all those hardcore emotions — anger and frustration and sorrow; just all those things that needed to get out. I couldn't stop, because I needed to express it through my music — through music in general: listening to it, playing it, singing it, rocking. So I'm singing a song called 'I'm Ready'. And I'm singing a line, and all of sudden, I stop recording. And Jasta wasn't in the studio that day; Nick Bellmore, who co-produced, was there. And the line I was singing was, 'Death brings us sorrow no one can heal, love brings us memory no one can steal.' And I said, 'Did Jamey write that about my mom?' And [Nick] goes, 'Yeah, he did.' And he had written a song for me about losing my mom that was so on the spot…

Snider also talked about the various guests that contributed their songwriting and musical talents to "For The Love Of Metal", a list that includes Howard Jones (ex-KILLSWITCH ENGAGE),Mark Morton (LAMB OF GOD),Alissa White-Gluz (ARCH ENEMY),Joel Grind and Nick Bellmore (TOXIC HOLOCAUST),and Charlie Bellmore (KINGDOM OF SORROW).

"That was the thing… You say, 'Oh, come on, man. You have to know what you mean to the community, but no," Snider said. "I mean, I get it. My daughter would drag me out to these hardcore shows and every show we'd go to, the bands would be coming up to me and shaking my hand and wanting to meet me and take a picture with me or whatever. But it still didn't register what I'd come to mean as an artist to the community. And seeing all these great new, talented people, not just coming in, but excited to be a part of it was really touching. And it made me feel great. It made me feel… Wow! It's great to see that I matter to these people all these years later. And it goes beyond my music. It goes to what I did in Washington all those many years ago" — referring to the time in 1985 when he found himself giving testimony to the United States Senate's Committee on Commerce in a congressional hearing on "record labeling" — "and my work in radio, and I think just as a voice for the community when there needed to be a voice. You can't argue with me — I'm too fucking smart. And when they needed a voice to be smart and to put people in their place, I was [glad] to be there for it, because I love metal; I always have. No matter what else I have done, it is what I am first and foremost — I'm a fucking metalhead. Rob Halford said, it's like being marine; once a Marine, always a Marine. Once a headbanger, always a headbanger."

"For The Love Of Metal" will be released on July 27 via Napalm Records.