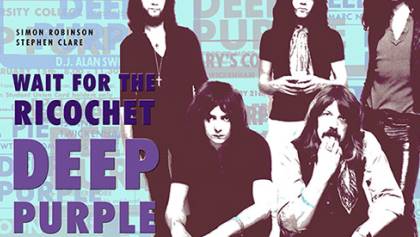 DEEP PURPLE: 'Wait For The Ricochet' Story Of 'In Rock' Album Now Available

"Wait For The Ricochet", a new book by Simon Robinson and Stephen Clare detailing the history of DEEP PURPLE's classic "In Rock" album, has been published by Simon's Easy On The Eye Books. This has been several years in the making, but the copies are finally printed, in stock and being shipped.

You can preview pages and order the book from the publisher.

With enormous success across five decades, this book is centred on DEEP PURPLE's breakthrough album "In Rock" and a crucial two-year period for them. Indifference to the band's earlier work had left them almost unknown in Europe. It was only with a change in personnel and a determined period of intense rehearsing, writing and gigging that they managed to reverse their fortunes.

"In Rock" proved to be a milestone in the history of rock music, influencing countless groups and musicians. It not only defined DEEP PURPLE's new direction, but firmly established them as one of the biggest rock bands of the Seventies. It also laid the groundwork for the successful and artistically creative period which followed.

This book covers their early rehearsals, concerts and recording sessions, tracking the story into 1970 and the widespread chart success of the album (No. 1 in Germany for three months, in the U.K. chart for over a year). It follows the highs of hit single "Black Night", as well as the lows of riots, illness and exhaustion. Generously illustrated throughout, Jon Lord, Roger Glover and Ian Gillan have contributed to the story, along with studio personnel, former managers and others.

DEEP PURPLE became an extraordinarily impressive live act, with a strong improvisational spirit flowing through their concerts, setting them apart from many of their contemporaries. As Ian Paice recalls: "PURPLE should never have worked. Basically, we had five egomaniacs. There was just a magical chemistry. I can't think of any other band that's been allowed that much freedom for all the members to do exactly what they wanted."

"In Rock" not only remains a remarkable snapshot of the band but also reflects of a very prolific and progressive period in the British underground scene as the psychedelic sixties gave way to the more aggressive and focused rock music of the Seventies. Today, it is generally acknowledged that the story of hard rock (or heavy metal) owes its origins to the British triumvirate of LED ZEPPELIN, BLACK SABBATH and DEEP PURPLE. The first two have been more than adequately catered for in print. This book restores the balance.

Authors: Simon Robinson is a graphic designer, working mostly in the CD reissue field. He has also been involved with the co-ordination and packaging of the DEEP PURPLE archive releases for many years, and written extensively on the group for magazines and record labels. Stephen Clare works in local government and is interested in the history of rock and DEEP PURPLE in particular. 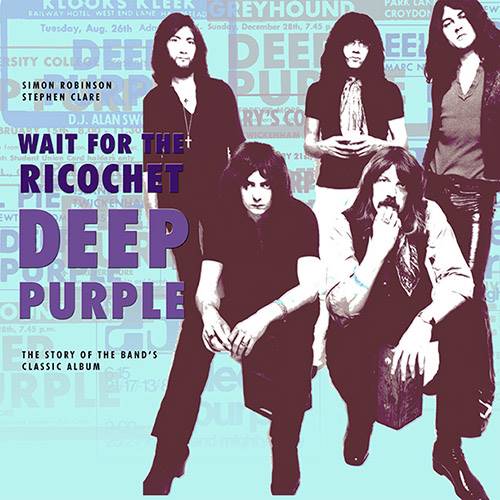