DEEP PURPLE has rescheduled its U.K. tour for 2022.

The British hard rock legends were due to embark on a world tor in 2020, but they were forced to delay the jaunt due to the COVID-19 pandemic.

A set of dates were announced for this year, kicking off in October 2021, but they've been moved once again to next year.

DEEP PURPLE said in a statement: "The health and safety of all our fans, crew and fellow band mates is our priority and so we are very sad and disappointed that due to the ongoing difficulties of the COVID virus our UK tour has been postponed and rescheduled to October 2022. All tickets including the VIP experience remain valid and we can't wait to see you all where we can celebrate and finally bring the house down safely. Thank you for all your loyalty and support."

DEEP PURPLE singer Ian Gillan, who is due to turn 77 in August 2022, told The Guardian about how he manages to "still summon the screaming god of rock when he takes to the stage": "Twenty or 30 years ago, I vowed I would never be screaming my nuts off when I was 75 years old. I used to be able to do the pole vault when I was an athlete, but I can't do that anymore either. I've dropped about a tone on my register, and that made the screaming impossible, though I still yell a bit. I'm lucky to be in a band, DEEP PURPLE, that is primarily an instrumental band. I'm just riding the pony."

Four years after launching what DEEP PURPLE considered to be an extended farewell tour dubbed "The Long Goodbye", Gillan told Cleveland.com in an interview that he and his bandmates no longer have definitive plans to retire.

"I think a few years ago there was some kind of effort from our business connections to sort of get an exit plan — we were all a bit under the weather, physically, so we decided on a goodbye tour," he explained. "But the operative word is 'long,' so, yeah, very long. We've got a bit to go yet. I think things are gonna be on the shelf for awhile, but then I think we'll be back for a bit of fun."

Three years ago, guitarist Steve Morse said that he personally saw "The Long Goodbye" as "a farewell tour. As for the other guys, I think they will still be playing, perhaps in other groups, special projects or as guests," he told Koztimes.com. "I also plan to stay in music, but not so actively as now. But you do realize that, when the music for so many years is the most important place in your life, [it's] impossible in one day to abandon it. In general, I know that the guys are not going to retire. They would rather die onstage than in bed." 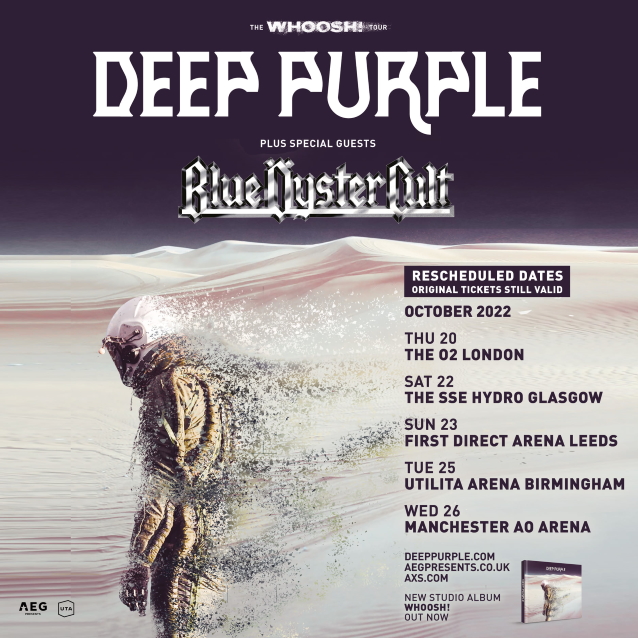