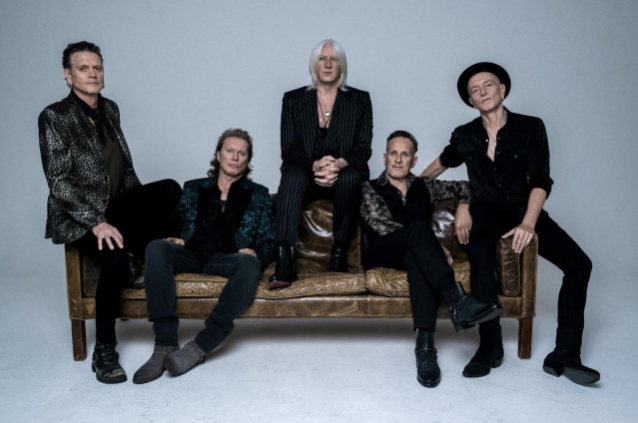 DEF LEPPARD Book 'Definitely: The Official Story Of Def Leppard' Due In Early 2023

Genesis Publications has announced the official pre-order for the first-ever anthology of DEF LEPPARD, "Definitely: The Official Story Of Def Leppard", which begins today (Tuesday, October 18),with a worldwide release date forthcoming in spring 2023. Part memoir, part scrapbook, "Definitely: The Official Story Of Def Leppard" is the ultimate record of DEF LEPPARD's legendary career. It will be made available as both a hardback bookstore version as well as signed, limited collector and deluxe edition.

The wide-ranging account from the band chronicles DEF LEPPARD's incredible story through hundreds of photographs where fans can reminiscence on the band recording in various studios, at promo shoots, on tour in planes, trains, cars and Holiday Inns, backstage and, of course, doing what they are best known for — performing their explosive live shows in front of global audiences from 1978 to the present day. From extensive new text contributions to in-depth archival interviews, every member's voice is present within the book, including Joe Elliott (lead vocals),Rick Savage (bass and vocals),Rick Allen (drums),Phil Collen (guitar and vocals),Vivian Campbell (guitar and vocals),Tony Kenning (drums),Pete Willis (guitar) and Steve Clark (guitar).

With unlimited access to the DEF LEPPARD vault, "Definitely" presents over 1,300 items of memorabilia and photography, spanning four decades of the band's history such as handwritten correspondence, rare vinyl pressings, tour memorabilia, set lists, lyrics, stage clothing, music video storyboards, draft album artwork and press cuttings, including many from the band's early days presented in a wallpaper sample scrapbook compiled by Joe Elliott's mother, Cindy Elliott. Photographs from band members' personal archives and fans across the world are featured alongside those taken by renowned rock photographers such as Ross Halfin, Mick Rock and Anton Corbijn.

For more information on the pre-order and updates on the 2023 release dates, fans can visit defleppardbook.com.

Genesis Publications was founded in 1974 in Britain as an independent publishing house true to the arts of printing and craftsmanship. Today, Genesis creates some of the world's most sought-after books for readers in 90 countries.

With more than 110 million albums sold worldwide and two prestigious diamond awards in the U.S., 2019 Rock And Roll Hall Of Fame inductees DEF LEPPARD — Joe Elliott (vocals),Phil Collen (guitar),Rick Savage (bass),Vivian Campbell (guitar) and Rick Allen (drums) — continue to be one of the most important forces in rock music. Over the course of their career the band has produced a series of classic ground-breaking albums that set the bar for generations of music fans and artists alike. The group's spectacular live shows and arsenal of hits have become synonymous with their name, leading DEF LEPPARD to be heralded as the world's greatest live rock band.

DEF LEPPARD's influential career includes numerous hit singles and ground-breaking multi-platinum albums — including two of the best-selling albums of all time, "Pyromania" and "Hysteria", capturing the group's legendary tracks, bringing together classic LEPPARD hits such as "Rock Of Ages", "Pour Some Sugar On Me" and "Foolin'". For the first time, in January 2018 DEF LEPPARD debuted their full recording catalogue worldwide via streaming and download platforms. As they did with the original release of their records, DEF LEPPARD dominated the worldwide charts again, which found their albums charting in the iTunes Top 10 in more than 30 countries, including "Hysteria" at No. 3 in the U.S., and No. 5 in the U.K. (36 years after the album had charted at No. 1 in the Billboard charts). DEF LEPPARD also had the No. 1, No. 2 and No. 3 records on the U.S. catalog albums chart. The band have gone on to amass a staggering 5.5 billion streams since 2018, reaching a younger 18-44 demographic that now represents 58% of their fanbase. Additionally, the band have garnered an impressive 15 million followers across their social media platforms.

In May 2022, DEF LEPPARD released their twelfth studio album, "Diamond Star Halos". The LP debuted at No. 1 on the Apple and Amazon Music charts. The album also scored a Top 10 debut on North America's Billboard's Top 200 Albums chart, marking the band's eighth Top 10 album of their career, and garnered a No. 1 debut on Billboard's Hard Rock chart. "Diamond Star Halos" had numerous Top 10 chart entries globally including a Top 5 debut in the U.K.

Following the close of their historic 2018 co-headline stadium and arena run in North America, DEF LEPPARD sold in excess of a million tickets and the tour grossed over $100 million, a massive feat in today's touring world. DEF LEPPARD and MÖTLEY CRÜE topped that number yet again with another sold-out North American stadium run in 2022, selling over 1.3 million tickets which grossed a staggering $173.5 million. As always, the group keep pushing the boundaries with their electrifying live shows. 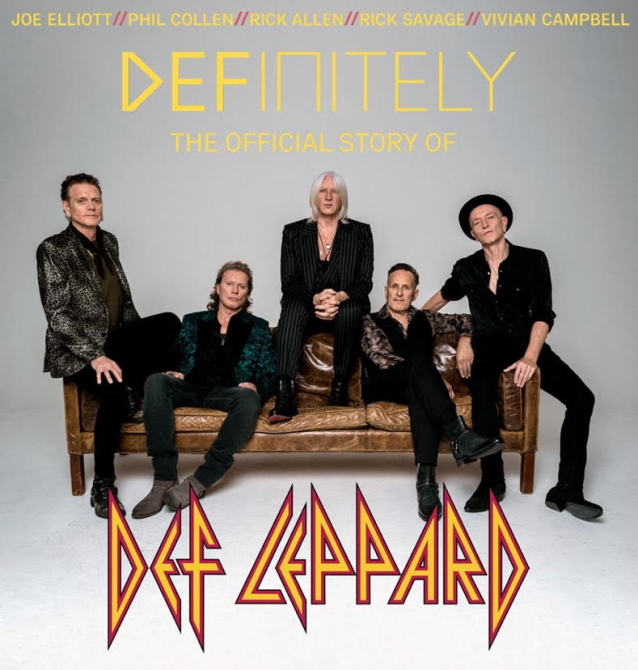 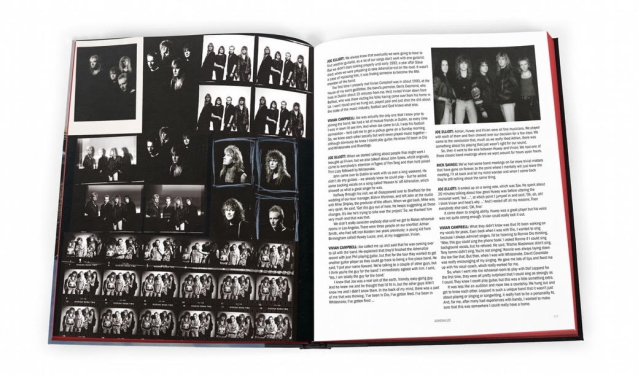 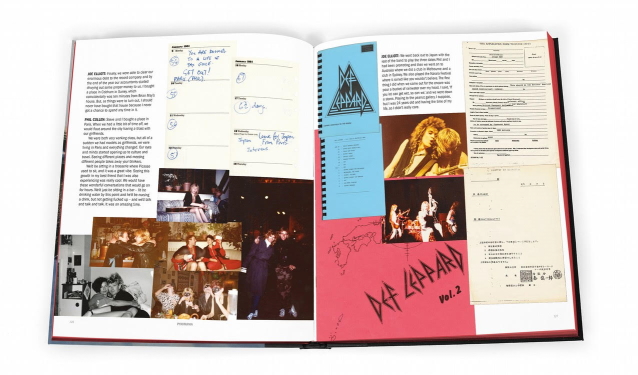