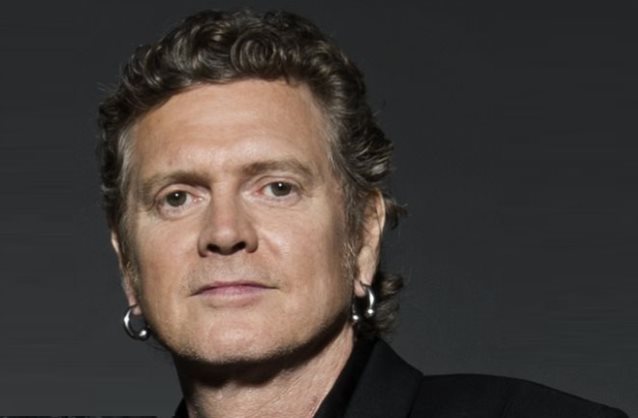 During a recent interview with radio personality Eddie Trunk, DEF LEPPARD drummer Rick Allen offered his thoughts on the possibility of his band eventually being inducted into the Rock And Roll Hall Of Fame. "I think if the fans put us on a pedestal, that's good enough for me," he said. "I don't need a board of directors, or whatever, to decide whether I should be up there or not. And I mean that with all sincerity. Our fans have proved to us, they've shown to us over the years, time and time again, that they are so behind this band, and that, to me, is… that's all that matters."

Allen went on to speculate that DEF LEPPARD could still be inducted into the Rock Hall, although he admitted that he didn't know enough about the organization in order to predict whether or not his group will eventually get the nod.

"I think there is a certain amount of time lag, and depending on who is on the board deciding who goes through or not… We don't know the circumstances, we don't know the inner workings of how they come to certain decisions, and I don't wanna assume anything," he said.

DEF LEPPARD singer Joe Elliott told HuffPost Live in a 2015 interview that it didn't bother him at all that his band has yet to get inducted. "In fact, we've kind of all decided that, even if we get asked, we're just gonna — how can I put this? — politely refuse, like the SEX PISTOLS did… Unless there was some kind of online campaign by our fans, 'cause they were annoyed by us," he said.

DEF LEPPARD guitarist Phil Collen echoed Elliott's sentiments about the Rock Hall, telling a radio station: "I don't know [if we will ever get inducted] and I don't care, really. I think it's great that KISS got in there. They should be there. They're an American band [that's been going for] 40 years and they've been snubbed [for a long time]…. So, for them, I think [it's great]. For me, I really don't care. [It's, like], whatever. The way I look at it, I've got two diamond albums sitting on my mantlepiece — that's ten times platinum; I've got two [diamond] albums. That means the fans went out and bought it, so that means a lot more to me, I think."