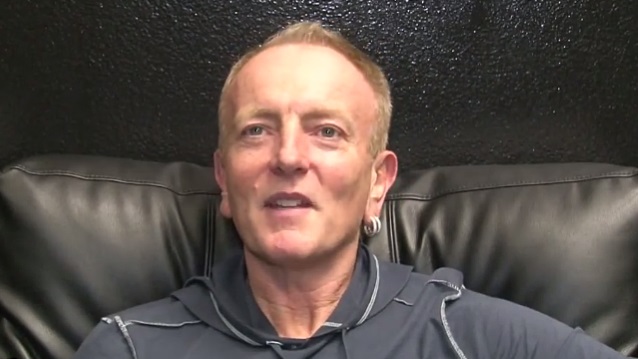 Mark Mayfield of Scottsdale, Arizona's KSLX radio station recently conducted an interview with DEF LEPPARD guitarist Phil Collen. You can now listen to the chat using the SoundCloud widget below.

As previously reported, DEF LEPPARD guitarist Vivian Campbell will receive a stem-cell transplant in September after doctors discovered his cancer had returned.

Campbell's health setback is not expected to affect the recording sessions for DEF LEPPARD's' next album, the follow-up to 2008's "Songs From The Sparkle Lounge", which is being laid down in several sessions.