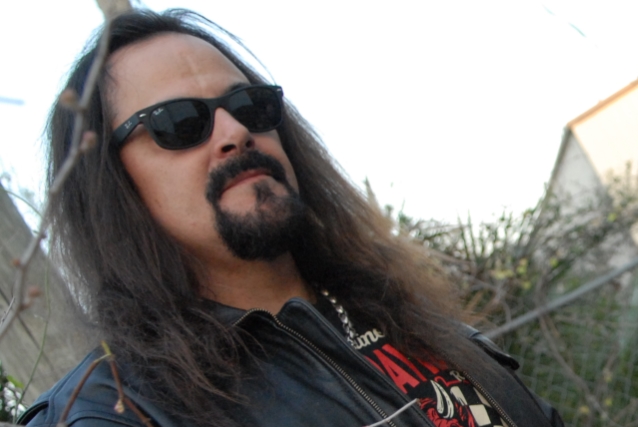 DEICIDE frontman Glen Benton has commented on the recent announcement that his former bandmates Eric and Brian Hoffman were planning to embark on a 2019 tour where they will play a full set of songs from the first four DEICIDE albums.

According to Glen, he and drummer Steve Asheim decided to part ways with the Hoffman brothers in 2004 due to a host of "underlying issues." He added: "It's been what — 14, 15 years since those two departed, and they did one shitty album" — apparently referring to AMON's 2012 release "Liar In Wait" — "and tried ripping off the fans, charged them for videos and bullshit like that. And then from there, they've done two shitty shows here in the state of Florida, and from what I was told, they almost canceled those. So their track record speaks for itself. Our track record speaks for itself."

Benton was also critical of the prospect of Eric and Brian Hoffman going out and performing the early DEICIDE material without him and Asheim, explaining: "When you don't have the original singer, then you are the official cover band. You wanna make yourself look even more stupid than you already do, by all means, go ahead."

Glen added that he and Asheim "don't like to discuss" the Hoffman brothers in interviews "because we've done wondrous things since their departure — we don't have the problems of canceled tours and missed performances and things like that. This thing runs smooth, everybody gets along, everybody's happy, there's no ill will," he said. "It's just like a bad… When you're in a bad marriage, it just ain't working out. So people have to go on their way."

Benton also commented on the fact that Hammerheart Records will apparently reissue all the DEICIDE albums that were released between 1990 and 2001. All LPs will get a deluxe treatment, remastering, 2-CD editions, bonus tracks (tons of never-released recordings),LP editions (first time for some),digital, MC, merchandise.

AMON was the band that changed its name to DEICIDE in 1989. When Eric and Brian left DEICIDE, they resurrected AMON and released "Liar In Wait". Hammerheart will release a new AMON album, will reissue "Liar In Wait" and also the AMON demos from 1987 and 1989.

DEICIDE's new album, "Overtures Of Blasphemy", will be released on September 14 via Century Media.