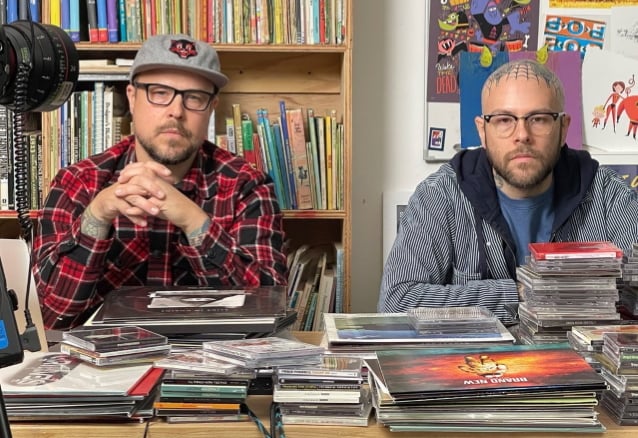 Ryan Clark of DEMON HUNTER and Don Clark, the brothers behind the accomplished design company Invisible Creature, will host a livestream event this Friday, December 18 in celebration of their new book, "Face The Music: Twenty Years Of Album Art", The multi-camera live event will see them sift through numerous albums to uncover the stories behind many of designs, giving fans an in-depth behind-the-scenes look at the design process, and answering questions.

Tickets to the event, which will look in-depth into composites, collages, and more, are on sale here.

"Face The Music: Twenty Years Of Album Art" is a 280-page book featuring more than 200 album covers, quotes from musicians and friends, and the stories behind some of Invisible Creature's most iconic creations.

Regarding how they got into design in the first place, Don told The Great Discontent: "Ryan and I are four years apart — a lot of people think we're twins. Despite the occasional headlock, we got along great as kids, and we're very close now. Our grandfather was an illustrator at NASA and our dad was, and still is, a woodworker — he makes guitars now. Grandpa had an amazing, broad range of styles and, because of him, the idea that someone could get paid to draw was with us from early on. We grew up wanting to emulate what he did. And like most kids, we loved to draw. We knew we'd make a living in the arts, even though we didn't know if it would be in music, design, or illustration.

Added Ryan: "Our parents were really good about putting us in extra-curricular courses. Any time we wanted to take an art class that wasn't part of our schooling, they signed us up. Birthdays and Christmas gifts were how-to-draw books, Prismacolor pencils, and sketchbooks. Our parents were cool with us wanting to do art."

DEMON HUNTER will release "Songs Of Death And Resurrection", a brand new acoustic album, on March 5, 2021 via Solid State Records. The effort features 11 newly recorded "Resurrected" versions of classic DEMON HUNTER songs from across their ten studio albums, including "I Am A Stone", "I Will Fail You", "Carry Me Down" and "The Heart Of A Graveyard", plus a brand new composition, "Praise The Void". Lush string arrangements, haunting piano, and layered vocal harmonies accompany the "reimagined" acoustic versions found on "Songs Of Death And Resurrection". 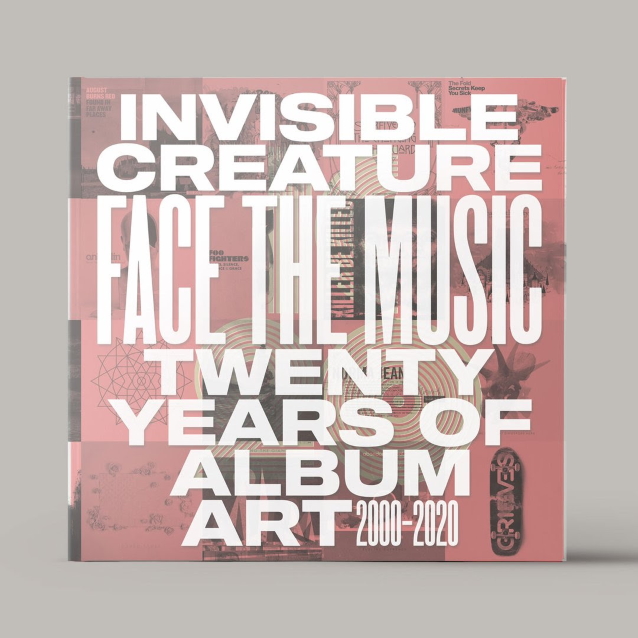