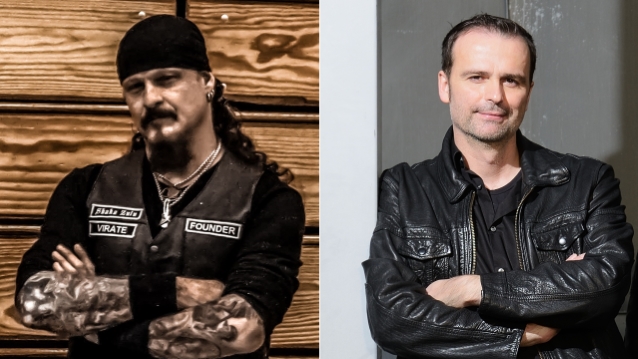 DEMONS & WIZARDS, the side project of ICED EARTH mainman Jon Schaffer and BLIND GUARDIAN singer Hansi Kürsch, will headline next year's edition of the ProgPower USA festival, set to take place in September 2019 in Atlanta, Georgia.

For information, go to this location.

DEMONS & WIZARDS is also one of the confirmed acts for the 30th-anniversary edition of the Wacken Open Air festival, set to take place August 1-3, 2019 in Wacken, Germany.

Jon told Wacken TV about DEMONS & WIZARDS' return: "It has been a while. It's been about… well, since our last record came out, that was 2005. And since the last time we performed, that was 2000.