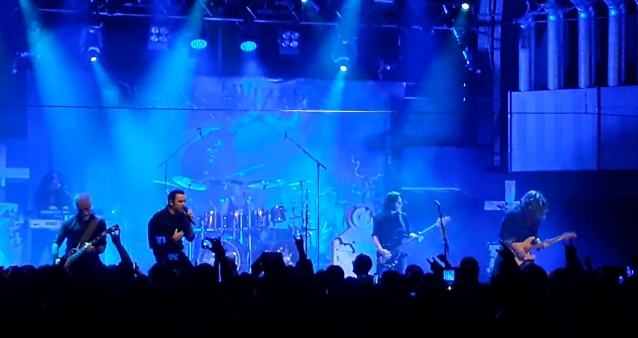 DEMONS & WIZARDS, the side project of ICED EARTH mainman Jon Schaffer and BLIND GUARDIAN singer Hansi Kürsch, kicked off its first tour in nearly two decades Friday night (May 31) in Saarbrücken, Germany. Fan-filmed video footage of the concert can be seen below.

After the show, DEMONS & WIZARDS took to social media to write: "Saarbrücken!! The Demon and the Wizard thank you for the amazing response to our first show in 19 years! You were simply incredible! The band had an amazing time and we're all excited for the rest of the tour."

Remastered by Chris "Zeuss" Harris (ICED EARTH, QUEENSRŸCHE, SANCTUARY),"Demons & Wizards" (2000) and "Touched By The Crimson King" (2005) will also be released as expanded deluxe editions on June 7. The expanded editions will feature liner notes by Kürsch and Schaffer as well as bonus material and will be released as a limited-edition digipak, deluxe 2LP with etching and LP booklet as well as digital deluxe editions.

Saarbrücken!! The Demon and the Wizard thank you for the amazing response to our first show in 19 years! You were simply incredible!
The band had an amazing time and we’re all excited for the rest of the tour. 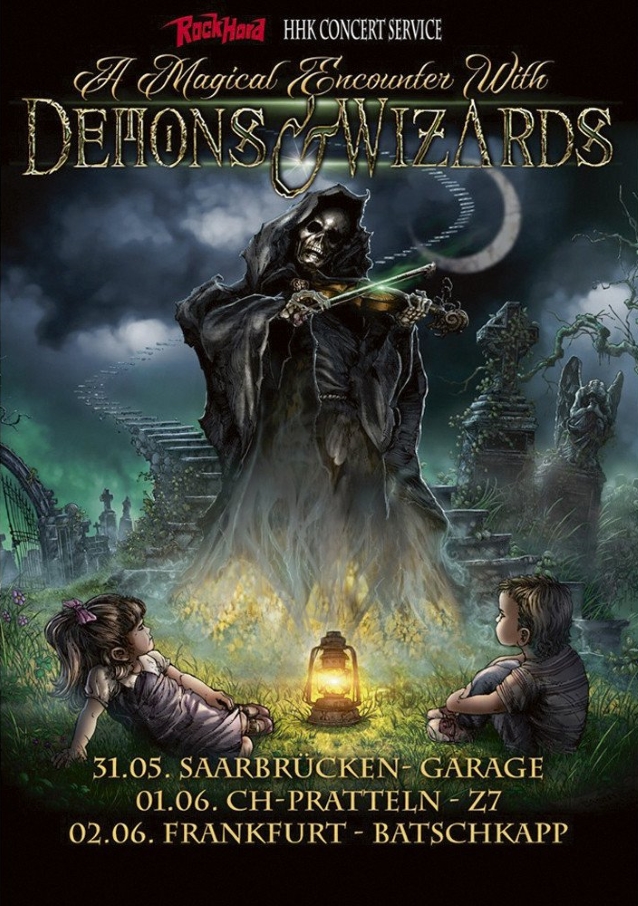