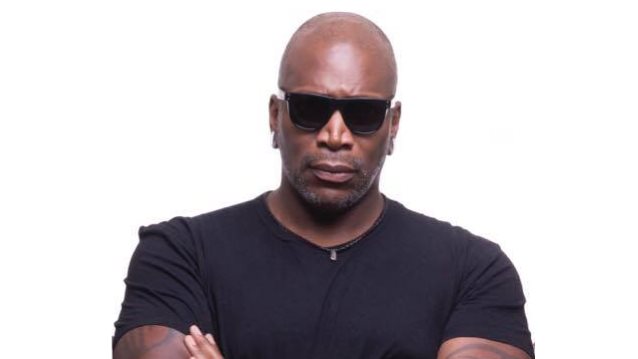 Metal Wani's Jake Patton recently conducted an interview with SEPULTURA frontman Derrick Green. You can now listen to the chat below.

Asked if he thinks SEPULTURA will experiment more with clean singing on the band's follow-up to this year's "Machine Messiah" album, Derrick said: "I don't know. It's hard to say. I mean, I was really feeling that in the writing process of this last album. It was one of the main reasons wanting to work with [producer] Jens [Bogren], because he did such a wonderful job with things that I've heard in the past that he's worked on with bands dong clean vocals. But for me, I really wanna keep certain things within the realm where I feel comfortable, and I felt really comfortable doing a lot of clean stuff on this new album. But we'll have to see on the new stuff. I don't know. I might be in a different mindset, but I definitely wanna have the diversity in the vocals where it's not boring all the time. So whether it be clean or screaming or some other technique or a mixture in between, it's good to really find this balance that fits well with the band, because I don't want it to be completely clean. I mean, for me, I wanna feel the aggression and the energy behind it in a very heavy way, as far as with the screams and everything. And I think it can be heavy again with clean vocals, but I believe there is a balance, and I really wanna feel comfortable in doing it where I can perform it live as well and not come off as something really corny and pushing too far where it's just sounding contrived. So I think we'll just let it flow and see how it goes. I know Andreas [Kisser, guitar] has some ideas that we haven't talked about yet, but we will once we're again on the road and just develop some type of focus of what's happening. But I see it being pretty heavy. Especially playing with [drummer] Eloy Casagrande — he's becoming more comfortable being in the band, and I think you can hear that on the last album that we recorded, just really opening up, so who knows what will come up on this next album?"

"Machine Messiah" was released on January 13 via Nuclear Blast. The disc was produced by the band and Jens Bogren of Fascination Street Studios in Örebro, Sweden. The CD's cover artwork was created by Filipino artist Camille Della Rosa.

Asked why he still answers questions from journalists about the classic lineup of SEPULTURA even though it's been twenty years since Max Cavalera left the band, Andreas told "The Classic Metal Show": "I try to be polite, I guess. [Laughs] But I don't mind. It's part of our story, of our career. It's a shame that people still have some type of… I don't now… animosity or whatever. Maybe that's not the right word. But they don't respect what happened after Max left. And then ten years later, Igor [Cavalera, drums] left. I mean, we went through phases and stuff, but we are here because of all of that, opportunities that opened. And I respect everything that [happened] with SEPULTURA. We play songs from 'Bestial Devastation', from 'Morbid Visions'; we respect the whole history. We respect the fans. It doesn't matter what kind of label, what kind of lineup, we play it all, because we areSEPULTURA and we represent everything that happened with this band throughout history. And if people have some doubts and some suggestions or whatever about it, I mean, I don't agree, of course, with all those comments and whatever, but I respect them all. They might as well speak up what they think, especially nowadays with the Internet and everything; everybody says whatever they want. We are used to that. It's part of our daily routine, I guess."