DESCEND was formed in 2003 and the current lineup dates back to 2008. After three demos, the debut album, "Through The Eyes Of The Burdened", was released through Supernova Records in May 2011. The album was well received and supported through numerous live performances including festivals in Germany, Canada as well as the renowned Metaltown festival in Gothenburg in the summer of 2012. The band has been self managed from the start, and dedicated work has attracted fans from many different countries.

Combining melodic harmonies, acoustic passages and death metal riffs, DESCEND manages to effortlessly swing back and forth from tranquil, atmospheric playing to a barage of apocalyptic death metal.

From the opening drum fill in "Confined By Evil" all the way up to the final ringing notes in "Sundown", "Wither" takes the listener through a dark, thought provoking, malevolent journey, certain to leave the listener asking for more.

The song "In Hours Of Despair" can be streamed in the YouTube clip below.

DESCEND will celebrate the release of "Wither" with a concert on Friday, January 24, 2014 at Rocks in Stockholm, Sweden.

Says the band: "Indulge in this impending doom and join us at Rocks on the night of the release where we will play the album and perhaps a few old songs." 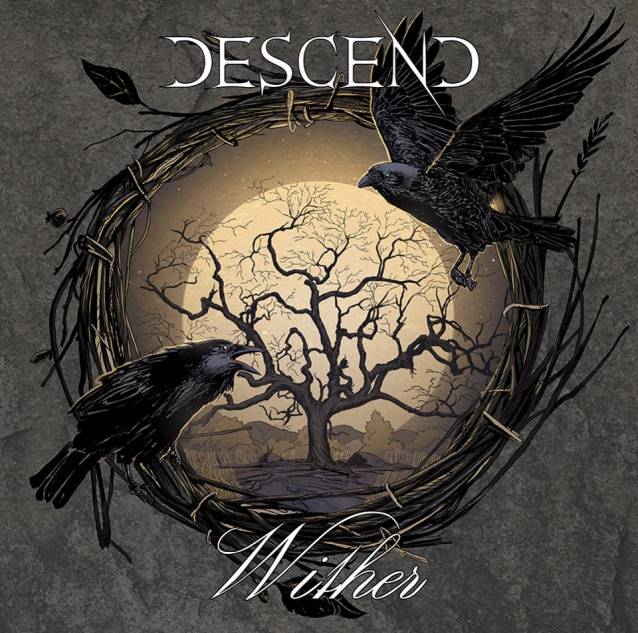