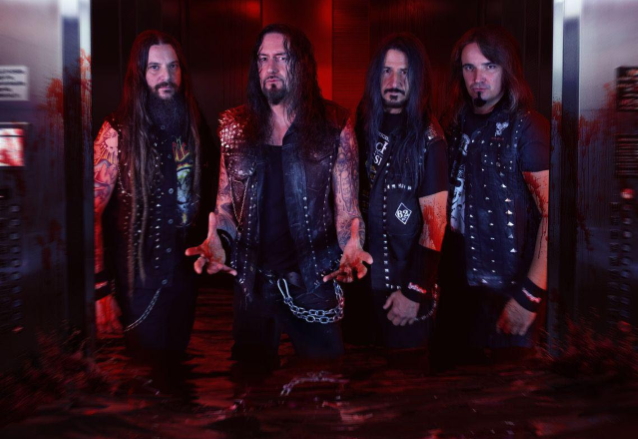 German thrash metal veterans DESTRUCTION have officially parted ways with founding guitarist Michael "Mike" Sifringer and have replaced him with Martin Furia. The Argentinian-born, Belgian-based Furia is best known for his work as sound engineer and producer for such bands as NERVOSA and EVIL INVADERS.

DESTRUCTION frontman Schmier commented: "The last two years have been testing times for all of us. We are all sad to announce that Mike has left DESTRUCTION. It all was a shock and hit us hard but nevertheless there was never any doubt that we will continue as a band. We are a strong unit and are proud to welcome our new guitarist, Martin Furia, to the band! Our chemistry is great since Martin has been a part of the DESTRUCTION family for many years now. He is the perfect new man on the axe — the first shows have been a fucking blast!"

Sifringer said: "It's hard to leave a band after 39 years. DESTRUCTION is my life and something like my baby. But sometimes you have to take decisions that hurt. I'm very sad at the moment, but if something doesn't feel right anymore, better stop doing it. Thanks to all former bandmates. I'm very proud about the music we have created together. Cheers to all thrashers out there. Without your support and your passion, DESTRUCTION would not exist. Peace."

Furia stated: "The news is finally out and I have mixed emotions. I'm extremely proud to be part of this legendary band since 2016 as sound technician and tour manager. I've been all over the world with the DESTRUCTION family and they have always treated me like another member of the band.

"I'm sad to see Mike go because I love him and respect him as a person and guitarist, but when I was asked if I would like to be the new guitarist of DESTRUCTION, I didn't hesitate for a second. I feel ready to honor Mike's legacy, to add my own touch and I will give my best to keep the flame of DESTRUCTION burning strong forever, with deep respect and devotion for the past and with full energy and commitment for the future. THRASH TILL DEATH!"

Sifringer was the only member of DESTRUCTION to have remained constant throughout the band's career. Schmier appeared on DESTRUCTION's first three albums before leaving the band and being replaced by POLTERGEIST vocalist André Grieder. André's sole recorded appearance with DESTRUCTION was on the "Cracked Brain" album, which came out in 1990. Schmier rejoined DESTRUCTION in 1999.

In other news, DESTRUCTION has released a new single and video, "State Of Apathy", featuring Furia's first recorded appearance with the band.

Schmier stated about the track: "'State Of Apathy' shows the direction DESTRUCTION will go with the new record: more 'back to the roots,' more guitars, more in your face!

"This band is my life and we will always give 100% to keep the spirit alive.

"I hope you love the new single as much as we do. Thanks for all the support!

"We are wishing Mike the best for his future. For us, there is only one way to go THRASH TILL DEATH!"

"State Of Apathy" is available as a digital single, as well as on limited 12-inch slipcase vinyl together with a live-version of "Sign Of Fear" from "Live Attack", with etching in neon green or purple on the B-side.

DESTRUCTION released a new Blu-ray and CD, "Live Attack", on August 13 via Napalm Records. The 22-song release includes footage of the band's nearly two-hour livestream concert from January 2021 at the legendary Z7 venue in Pratteln, Switzerland.

DESTRUCTION's latest studio album, "Born To Perish", was released in August 2019 via Nuclear Blast. The disc was DESTRUCTION's first to feature Randy Black on drums and second guitarist Damir Eskić. 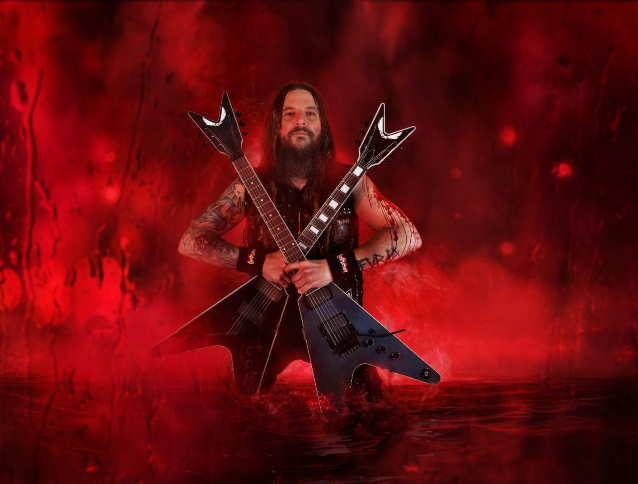 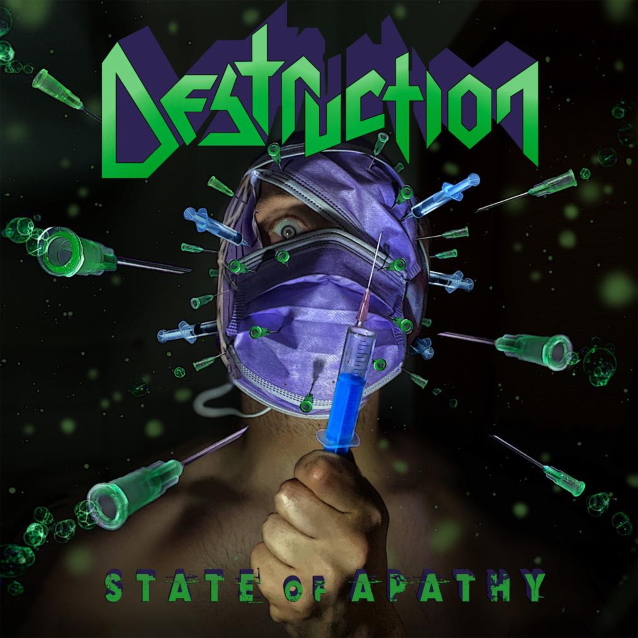