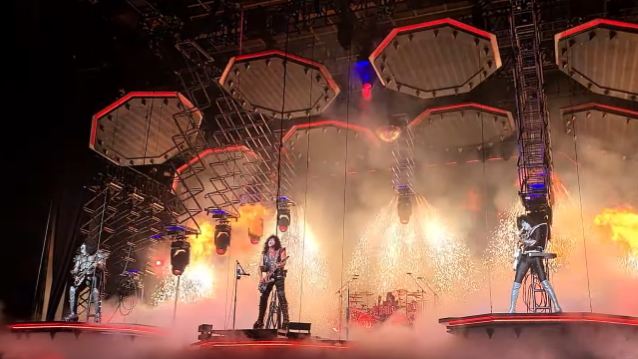 KISS kicked off the summer 2021 leg of its "End Of The Road" farewell tour last night (Wednesday, August 18) at the Xfinity Center in Mansfield, Massachusetts. The concert marked the band's first full-length live appearance in front of an audience since March 2020.