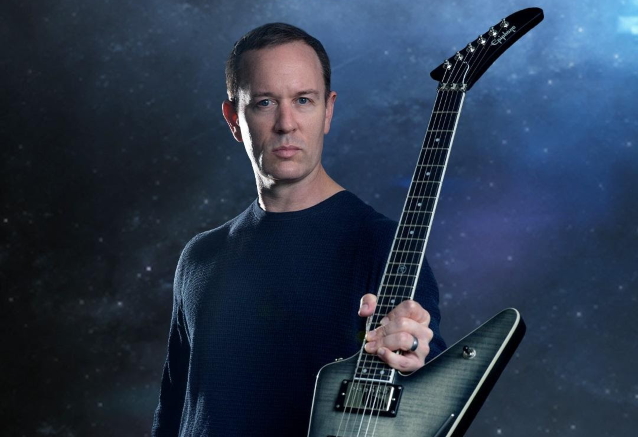 Designed by Small, the Epiphone GhostHorse Explorer electric guitar is a modified Explorer body shape with a deep cutaway, created in a custom Galaktikon Burst gloss finish. The GhostHorse Explorer features a figured maple top, a matte Ebony finished back, sides, and neck, a Floyd Rose tremolo system, and is powered by Gibson USA BurstBucker pickups. The fast-playing SlimTaper neck features a contoured heel joint for outstanding upper fret access, a bound Ebony fretboard with 24 jumbo frets, Grover Mini Rotomatic 18:1 tuners, and an Icarus spaceship medallion is on the back of the headstock, as well as the 12th fret. The Epiphone Brendon Small GhostHorse Explorer marks Brendon's third collaboration with the luthiers at Epiphone and follows the Thunderhorse Explorer and the Snow Falcon Flying V.

"I am so excited to finally put out the GhostHorse," says Small. "It's my most played guitar and so very expressive. It's just nice having another Horse in the family."

Small wrote, directed, and composed the new song and video titled "GhostHorse", all while performing on his new Epiphone GhostHorse Explorer.

Brendon started as the co-creator, writer, voice actor, composer and musician for "Home Movies", a cartoon that initially aired on the UPN television network and then moved to Cartoon Network's Adult Swim. Small then found fame as creator, executive producer, voice, and music behind the popular Adult Swim animated series "Metalocalypse" which centers on a fictional death metal band named DETHKLOK. In addition to all of the behind-the-scenes work on the DETHKLOK series, he also provided voice talent for the characters Skwisgaar Skwigelf, Pickles The Drummer and Nathan Explosion, three of the five members of DETHKLOK. The song "Thunderhorse" was featured on the hit video game "Guitar Hero II". In conjunction with the show, Brendon Small created the real-life metal band DETHKLOK — writing, recording, performing, and touring in support of multiple albums. 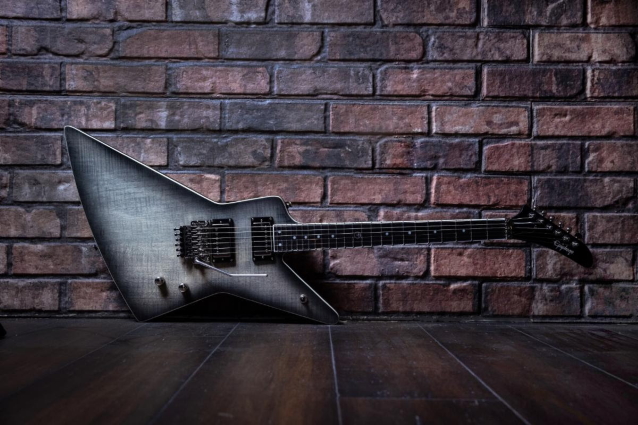