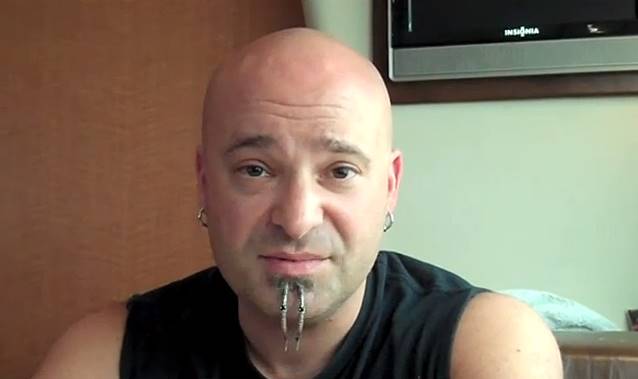 According to The Pulse Of Radio, DEVICE frontman David Draiman announced on Tuesday (November 5) that the band is withdrawing from its support slot on an upcoming European tour featuring co-headliners AVENGED SEVENFOLD and FIVE FINGER DEATH PUNCH. Draiman noted in his message to fans that he had made the decision so that he could spend more time at home with his wife and newborn son.

Draiman wrote, "After careful consideration, I’ve decided to stay at home where I am needed most right now, with my family and newborn son, and not support AVENGED SEVENFOLD with DEVICE on their current November-December run. I want to thank my brothers in AVENGED SEVENFOLD for the opportunity, for their friendship, and their understanding, and I look forward to seeing all of you again sometime in the future."

The tour begins on Wednesday (November 6) in Finland and will end in England in early December.

Although the band was born healthy, DEVICE canceled all its tour dates from the end of August through mid-October so that Draiman could be close to home after his wife began having complications with the pregnancy.

Earlier this year, Draiman told The Pulse Of Radio how he hopes to raise his son. "Oh, I'm going to raise him on BLACK SABBATH and METALLICA and football and MMA and all things that should matter for a young boy, and discipline and strength and honor and courage and everything that I would hope to instill within my son," he said. "I'm very much looking forward to utilizing the wealth of experiences that I've gone through in my life to help guide him through the darkness."

DEVICE's debut CD entered at No. 11 on the Billboard album chart last April, selling 35,000 copies in its first week of release. Draiman launched the group last year after his main band, DISTURBED, went on hiatus in late 2011.