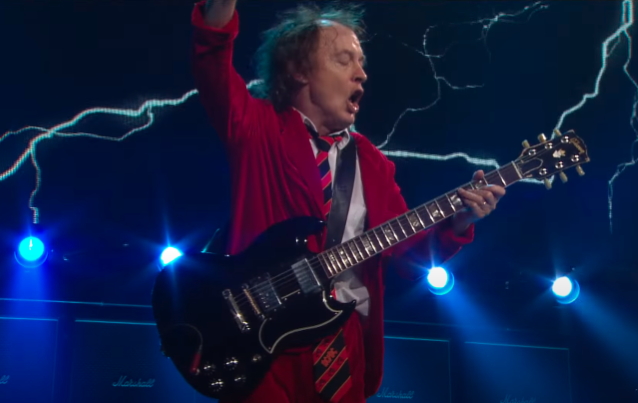 Did AC/DC Accidentally Leak Photos From Set Of New Video?

AC/DC fan site AC/DC Brasil has shared several photos that were purportedly posted on the band's official homepage before being removed from the site. The pictures, which can be seen below, appear to have been taken on the set of a new video from the reunited band, with frontman Brian Johnson joined by drummer Phil Rudd, bassist Cliff Williams and guitarists Angus and Stevie Young.

In February 2019, a photo surfaced on social media suggesting that Williams has also returned to AC/DC and will appear on the rumored comeback album, which is expected to be released in 2021.