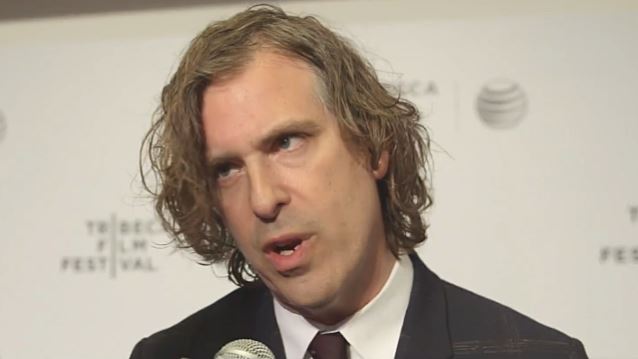 Director Says He Made KURT COBAIN Documentary For FRANCES COBAIN

According to The Pulse Of Radio, filmmaker Brett Morgen, whose "Montage Of Heck" documentary on late NIRVANA frontman Kurt Cobain premiered Monday night (May 4) on HBO, said that his whole reason for making the film changed after he met Kurt's daughter, Frances Bean Cobain. "When I went into her house, I shook her hand and she looked at me and said, 'You know, I just met you, and I feel like, I think I know you more than I know my father.' And what she meant was, she had no memory of her father," he said. "He died when she was 20 months old. And that kind of changed the whole scope and direction of the film, because it was clear at that point that I was not making the film for the fans, and I was not making the film for myself. I was gonna make the film for her. It was an opportunity to make a film that would help bridge a gap between a father and a daughter."

Morgen told People what happened when he showed the film to Frances, explaining, "After I first showed it to Frances, she looked at me and said, 'You made the film that I was hoping you were going to make and in a way brought me as close to Kurt as I'm likely ever to get.' Every review after that has just been gravy."

Morgen was first approached about doing a documentary on Cobain in 2007 by Courtney Love.

He spent eight years working on it and had unprecedented access to Cobain's personal photos, recordings and artwork.

A companion book to the movie is now available, and the movie itself will come out on Blu-ray and DVD this fall.