DISTURBED guitarist Dan Donegan recently spoke with Meltdown of the Detroit radio station 101 WRIF. The complete conversation can be streamed below. A few excerpts follow (as transcribed by BLABBERMOUTH.NET).

On the group's new album, "Evolution":

Dan: "We wanted to kind of, [after] being a band for over two decades now, just [acknowledge] how much we've evolved as songwriters, as a band, sonically, musically, as our friendship, as this album as you see once it comes out and everybody hears all the tracks how much it's taken a bunch of turns. We were always going to push each other to go down other avenues. We're trying to evolve as musicians. When we step in a room together, it's always trying to bring something new that's going to help inspire each other. That's the challenge you face every time. To write 100-something songs together, I'm not worried about what the management or the record label or the fans think as much as I'm worried about... what the other guys in the band think about an idea I presented them. It's always that challenge, but we have respect for each other and open minds and we come in and we take chances. It's just music — you throw out ideas and hope it inspires somebody to write to it. You'll see once you get a taste of the whole album on how much we've evolved in that way. We've thrown some ideas around here that are going to completely surprise people on some of the turns we've taken, but overall, we feel like we wrote some great songs here."

On new song "Reason To Fight":

Dan: "That one's very, very personal to us, and I think once the fans really dig into the message and the lyrics, they'll find a connection as well."

On how the recording process for "Evolution" differed from previous DISTURBED studio sessions:

Dan: "A couple songs, we created on the spot. Sometimes, in the past on previous albums, we walked in with all the material ready to just be tracked, or re-tracked from demo stage to album stage. This time, it was a little bit more laid back in the sense of, 'Let's create things in the moment.'"

On why they decided not to include any cover songs on the album:

Dan: "We dabbled with the idea of it, and then, with all this other original material we had, we felt so strong about the overall vibe of the album that we were going to hold off on that. Historically, we've done a bunch of covers, but this time, we decided not to put it on there. It's not like we have to do it to chase something, just because '[The] Sound Of Silence' was such a big success for us, but so have our originals been big successes, so it's not like we got lucky on one. We had four No. 1 singles on the last record. But we did dabble a bit; we recorded something, but we decided to hold off and wait for the right opportunity if we find a different outlet for it."

Dan: "Vinnie was a great guy. We were close with Vinnie and Dimebag, and all of us in DISTURBED went out to the funeral. It was tough. It's still hard to accept that as a reality. The one thing I can take away from it was the last time I'd seen him, I hugged him and said, 'Love you brother,' and we left thinking that I'd see him again [soon]. I felt like at least I have a good last memory of having a drink at a hockey game and giving him a hug and telling him I love him. It's a tough one. We've known these guys; obviously, they've been a big inspiration for us growing up, but then we became close with them in 2000 when we did our first Ozzfest and PANTERA was on it. After every show, Vinnie and Dime would invite us back to their dressing room to come hang out, have drinks and party with them. We were just, like any new band at the time, starstruck. They just treated us like we were longtime childhood friends. Any time we crossed paths with them, it was always welcoming with open arms. It's a sad reality to accept to think that two of the greatest metal legends are taken from us."

"Evolution" will be released on October 19. As with 2015's "Immortalized", the album was recorded at The Hideout Recording Studio in Las Vegas, Nevada with producer Kevin Churko.

The official music video for the album's first single, "Are You Ready", can be seen below. The clip was directed by Roboshobo (a.k.a. Robert Schober),who has previously worked with METALLICA, ALICE IN CHAINS, MASTODON and GREEN DAY, among others.

"Immortalized" ended a four-year hiatus for the quartet and was its fifth album to enter the Billboard 200 chart at No. 1. That LP featured the band's massive hit cover of SIMON & GARFUNKEL's "The Sound Of Silence".

DISTURBED only has one show on its schedule so far for the rest of 2018, at the Austin City Limits music festival on October 13 in Austin, Texas. 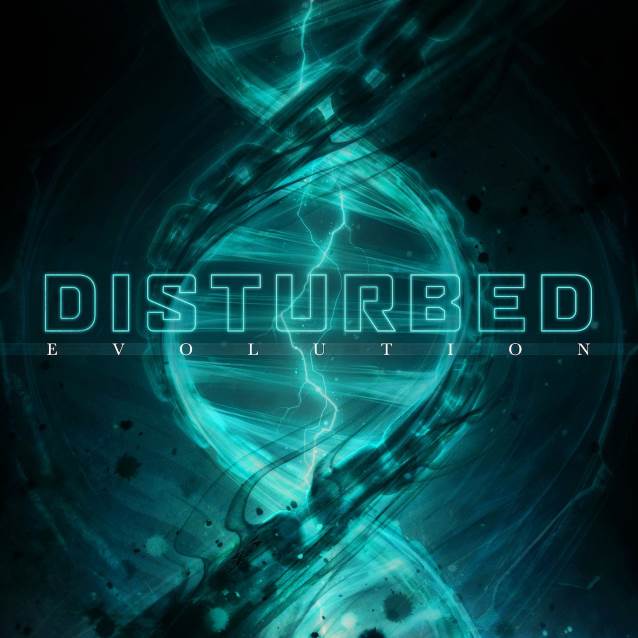