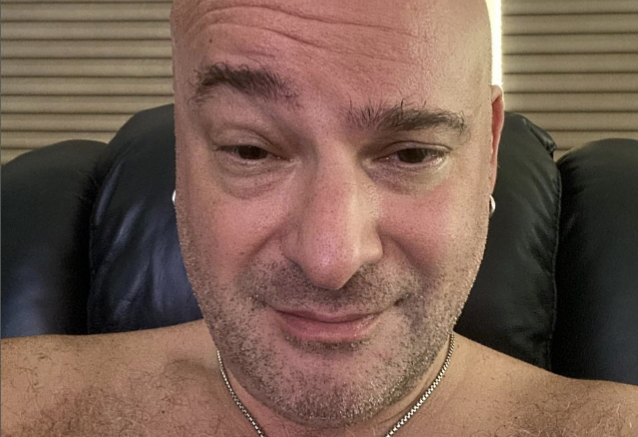 DISTURBED singer David Draiman has praised Spotify's announcement that it is in the process of removing Neil Young's music two days after Young demanded that his catalog be removed in response to "fake information about vaccines" on the platform.

In a now-deleted post on his web site, Young said the music and podcast platform is "spreading fake information about vaccines — potentially causing death to those who believe this disinformation spread by them." "I want you to let Spotify know immediately TODAY that I want all my music off their platform," he wrote, according to Rolling Stone. "They can have Rogan or Young. Not both."

"With an estimated 11 million listeners per episode, JRE ['The Joe Rogan Experience'] which is hosted exclusively on Spotify, is the world's largest podcast and has tremendous influence," Young continued.

On Wednesday (January 26),a Spotify spokesperson issued a statement saying: "We want all the world's music and audio content to be available to Spotify users. With that comes great responsibility in balancing both safety for listeners and freedom for creators. We have detailed content policies in place and we've removed over 20,000 podcast episodes related to COVID-19 since the start of the pandemic. We regret Neil's decision to remove his music from Spotify, but hope to welcome him back soon."

A short time later, Draiman weighed in on Spotify's move, tagging the company's chief executive Daniel Ek on Twitter and writing: "@eldsjal I applaud you and @Spotify for making the RIGHT call, preserving #FreeSpeech and not capitulating to the mob. I may not agree with everything @joerogan or his guests say, but they're entitled to have the forum to say it."

THE OFFSPRING guitarist Kevin "Noodles" Wasserman also chimed in, writing: "I wouldn't depend on either Joe Rogan or Neil Young for medical advice. Only Neil young seems to understand why. Even Spotify doesn't understand why. But that's not really their job is it? The job is yours, and some of you are really falling down on it."

Young, who sold 50 percent of his catalog to Hipgnosis Song Fund for a reported $150 million last year, responded to Spotify's announcement that the removal of his music was taking place, writing on his web site: "I want to thank my partners for standing with me. My deal with Merck Mercuriadis and Hipgnosis began on Jan. 1, 2021. The company Hipgnosis now has part of my publishing, and I am very happy with their support. I want to personally thank Merck and Hipgnosis for standing with me. Losing 60 percent of worldwide streaming income by leaving Spotify is a very big deal, a costly move, but worth it for our integrity and beliefs.

He added that "misinformation about COVID cannot be accepted. I sincerely hope that other artists can make a move, but I can't really expect that to happen. I did this because I had no choice in my heart. It is who I am. I am not censoring anyone. I am speaking my own truth. I know Daniel Ek, who owns Spotify, a private business. I like Daniel. I wish he had not taken the steps he has taken, because it stopped my music from being shared on his Spotify platform. It stopped us from working together to spread the music. But we are still friends."

Ek has defended Rogan in the past, including after an episode that featured the conspiracy theorist Alex Jones in 2020.

@eldsjal I applaud you and @Spotify for making the RIGHT call, preserving #FreeSpeech and not capitulating to the mob. I may not agree with everything @joerogan or his guests say, but they’re entitled to have the forum to say it.

I wouldn’t depend on either Joe Rogan or Neil Young for medical advice. Only Neil young seems to understand why. Even Spotify doesn’t understand why. But that’s not really their job is it? The job is yours, and some of you are really falling down on it.

Yes, I hate Spotify… They are stealing from Artists, while making millions… https://t.co/9m3foF8jpF

Misinformation about the vaccines is everybody's problem. Neil Young is doing this because he wants rock and roll to exist and his fans to live. This other guy is a complete jackass who doesn't give a shit about anybody or anything except himself https://t.co/SgzVBnIwqM