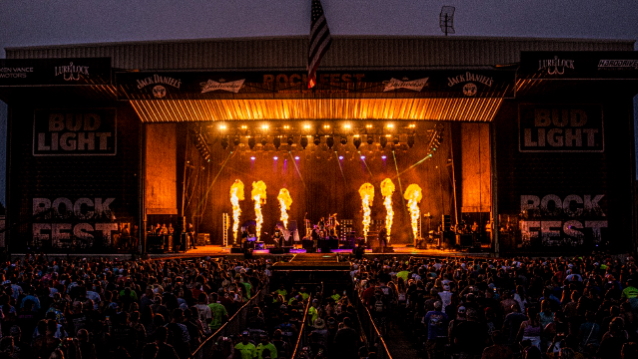 The largest three-day rock music and camping event in the U.S. has announced next summer's lineup. Rock Fest 2022 will feature headliners SHINEDOWN, DISTURBED and EVANESCENCE and will take place on July 14, July 15 and July 16 in Cadott, Wisconsin. MUDVAYNE, HALESTORM and LAMB OF GOD will also perform alongside more than 70 bands over the course of the event.

After industry-wide postponements and cancellations of live events in 2020, Rock Fest was the first rock festival in the nation to return last year. Under the watchful eye of other festivals, and hell-bent on reviving the family reunion attendees have looked forward to for nearly three decades, Rock Fest 2021 turned out to be a sell-out year.

"While planning for this year's festival, we stumbled on a new study that said when we watch a concert together, our hearts beat in sync," Asher said. "We felt that. 2021 reminded us that live music is alive and thriving. We saw so many hugs. Total strangers met and left as family. This festival is so much more than music; it's a catalyst for healing. Let's feel it again."

Individual artist Pit Passes and Single Day General Admission are now on sale. Potential attendees will want to act fast as the following ticket options are sold out: 3-Day Pit Passes, Reserved Lawn, Lure Lock Top Tier Lounge, VIP (sold out in less than 24 hours),VIP Camping and Electric Camping. 3-Day General Admission is $109 and General Camping for the entire weekend on one of the festival's 7,000 campsites is $110.

Rock Fest is set on 360 acres of picturesque land in Central Wisconsin, featuring more than 70 bands, one massive permanent mainstage and four permanent side stages. Veteran attendees and first-timers alike say Rock Fest is unlike any other live event or rock show they've been to, attributing the flow, organization and overall experience to the festival's #FansFirst mantra. The Minneapolis-Saint Paul International Airport makes for convenient travel for fans from all over the globe and non-campers can opt to stay in a participating hotel with daily shuttle service. More than 7,000 campsites offer festival-goers the option to stay on site within easy walking distance to the concert grounds. Guests can expect three days packed with the very best of active and classic rock. 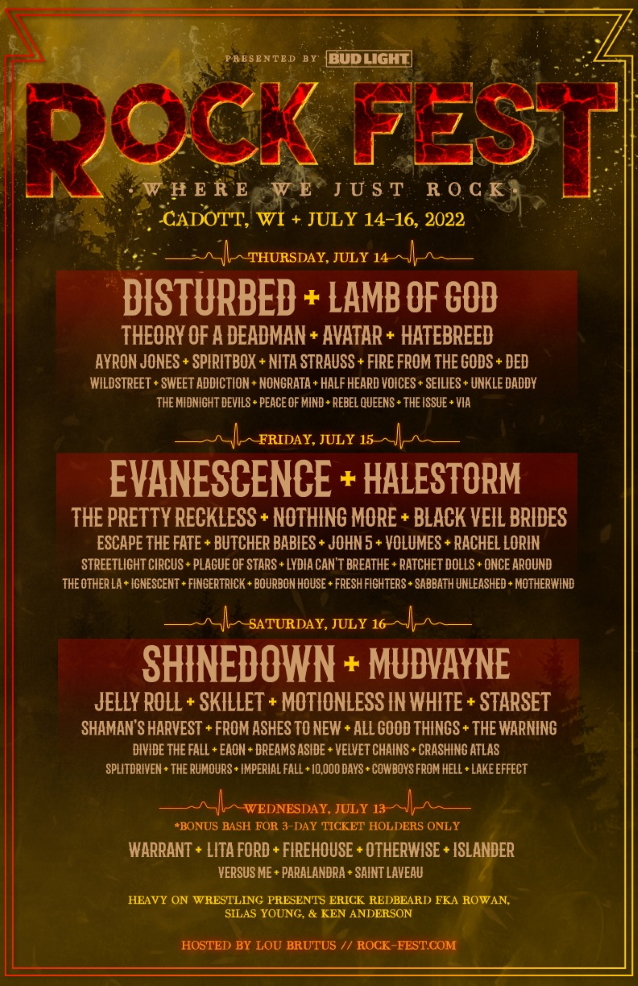