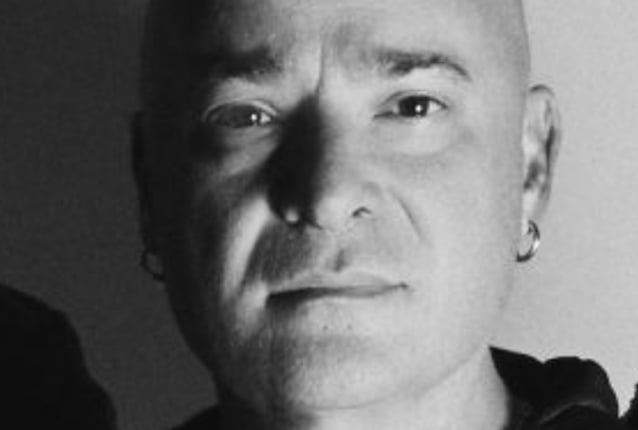 DISTURBED frontman David Draiman says that Florida's lack of state income tax and the state's quality of schools were factors in his family's recent decision to relocate to Miami.

The 49-year-old singer, who has been married to Lena Draiman since 2011 and with whom he shares an eight-year-old son, addressed his move from Hawaii to the Sunshine State while answering questions from a fan on Twitter.

When the fan expressed his concern about Draiman's well-being after reading about news reports of firefighters working to contain a large wildfire on Hawaii's Big Island, David responded: "We moved to Florida". The fan then asked "what caused the move", explaining that he was only asking because he didn't think "the humidity" and Florida's ultra-conservative governor Ron DeSantis were "for" David, the singer replied: "The schools, the sun, and no state income tax are".

Draiman first announced his family decision to relocate to "Miami, Florida area" in February, explaining on his Facebook page that he and his wife "gave it our best shot, but between the extraordinarily long travel times for business, island fever, and a bunch of other factors, we've decided to move on." He also shared a link to a video tour of his then-Honolulu home which had just been listed. That house has since sold for more than $6 million, according to public records.

Draiman had reportedly previously owned properties in Austin, Texas (between 2012 and 2017); a Wicker Park home in the Chicago area (between 2005 to 2009); a Northridge, California home in the Sherwood Forest area (between 2005 and 2007); and a house in Sherman Oaks, California (between 2003 and 2006). In 2018, Draiman told Austin American-Statesman that he left Austin after living there for eight years because his son struggled with allergies in Texas's capital city.

In recent months, Draiman had been critical of some of the policies pursued by the DeSantis administration, including in March when he publicly criticized Florida's so-called "Don't Say Gay" bill, saying it was "fucking ridiculous".

The bill, titled "Parental Rights In Education", has been dubbed by critics the "Don't Say Gay" bill because it seeks to ban discussion of gender and sexuality issues with younger students.

Draiman shared a Miami Herald article about protests that had erupted in Florida after the passage of the controversial bill in the state legislature, and he wrote: "Yes, I read the bill.

"I have an 8 year old son who has classmates whose relatives are LGBTQ+. We have many friends that are LGBTQ+.

"Kids are going to ask questions about the world around them and they deserve honest, real answers."

Last month, Draiman commended U.S. president Joe Biden for signing an executive order designed to bolster access to abortion in states that are banning it following the court's ruling in June to overturn the constitutional right to terminate a pregnancy.

Florida's new abortion restriction became effective July 1. It bans abortions after 15 weeks' gestational age or following the last menstrual cycle. The law contains exceptions only to protect the pregnant person's health or life or in cases of fatal fetal abnormalities — but not rape or incest.

Last month, DISTURBED released a new single called "Hey You". The official music video for the track was directed by Josiahx.

"Hey You" will appear on DISTURBED's recently recorded eighth studio album, which is expected in the fall.

We moved to Florida 😉

If I can ask, what caused the move? @davidmdraiman

The schools, the sun, and no state income tax are 😉🤘🏻