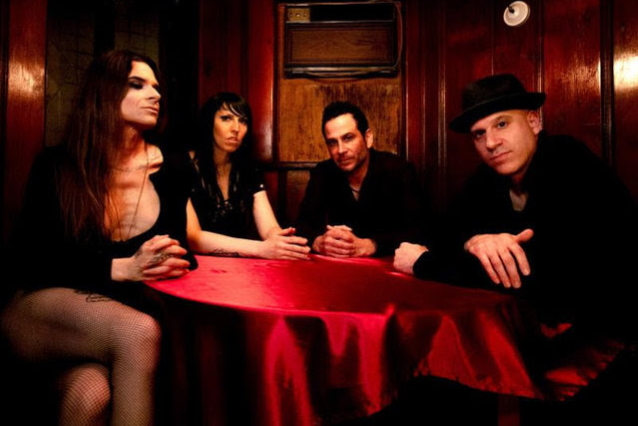 LIFE OF AGONY has been forced to cancel its appearance at this year's Bloodstock Open Air festival at Catton Park, Walton-on-Trent, United Kingdom.

Earlier today (Saturday, August 13),LIFE OF AGONY released the following statement via social media: "Unfortunately, LIFE OF AGONY will not be able to perform at Bloodstock Festival in the UK [on Sunday, August 14] due to a medical emergency that occurred directly after LOA's Alcatraz Festival performance in Belgium [on Saturday, August 13]. Drummer Veronica Bellino suffered heat exhaustion due to the oppressive temperatures and is unable to travel to England overnight. A few days rest is needed and the band will pick up the rest of the dates starting in Alkmaar, Netherlands on 16th of August. Thank you."

Guitarist Adrian Vandenberg, who performed with his band VANDENBERG at Alcatraz on Friday (August 12),said that it was "the hottest show I've done in my life."

According to the Anadolu Agency, Belgium is experiencing one of the driest and hottest summers of its history, with temperatures rising over 30 degrees Celsius (86 degrees Fahrenheit) this week.

Posted by Life Of Agony Famiglia on Saturday, August 13, 2022