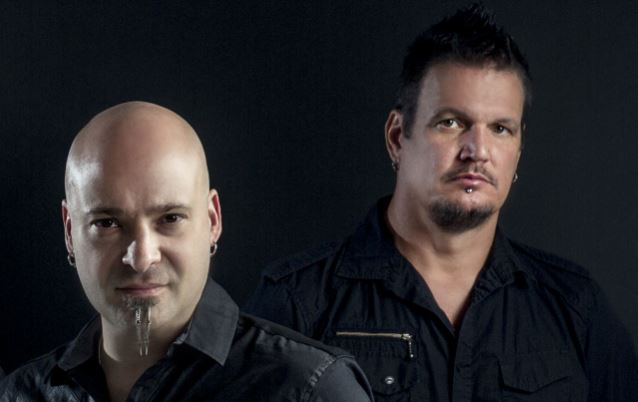 DISTURBED singer David Draiman says that hearing METALLICA's music for the first time was a "shocking and intoxicating" experience that felt like "a smack in the face."

During an appearance on a recent edition of "The Metal Hammer Magazine Show", Draiman and DISTURBED guitarist Dan Donegan chose METALLICA's "Creeping Death" as one of the songs to be played on the program. Draiman explained the selection to "The Metal Hammer Magazine Show" host Alexander Milas. He said: "It's so inspirational from one of the most, if not the most seminal band of all time. They're such amazing guys, and that song, in particular, is so wonderfully epic and massive and huge. It just is… from the actual riffage to the actual vocal progression — I mean, every aspect of it — it truly is a work of art."

Asked how he was first introduced to METALLICA, Draiman said: "It was a record, 'Ride The Lightning', and it hit me like a smack in the face. I had never heard anything so aggressive and in your face. It was fusing elements of punk and classic metal and taking it to the next level. And the aggression and the fury inherent… it was shocking and intoxicating to me all at the same time. There was nothing like it…"

Donegan concurred, telling "The Metal Hammer Magazine Show": "There's only a handful of bands that… Maybe everybody is different, but I think everybody might have those handful of bands that you just remember that exact moment when you've heard it. And that was it for me too — with 'Ride The Lightning', I had never heard anything like it. It's not only heavy and aggressive, but I could understand what James [Hetfield, METALLICA frontman] was singing. I could hear him; it was audible lyrics. It wasn't just big, thrashy delivery that was hard to make out. It was just a message, and it spoke to me… I mean, even to be a heavy, thrash band and have a ballad on the album as well, so it was amazing. But I had never heard anything like 'Trapped Under Ice' and 'Fight Fire With Fire' and 'Creeping Death'. It's such a strong album."

Asked if he ever had a chance to hang out with the METALLICA members over the years, Draiman responded: "Yeah, quite a few times. They are an incredible bunch of guys — they really are. Very gracious, humble and warm and just so supportive of the other upstarts in the hard rock and heavy metal community. They are such a pillar in the community. We respect them beyond words."

DISTURBED's sixth studio album, "Immortalized", will be released on August 21.