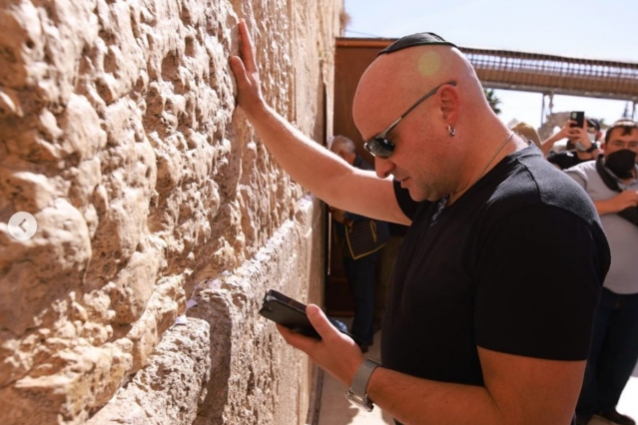 Draiman, who is Jewish, took to his Instagram to share a few photos of his appearance, and included the following message: "A truly wonderful experience. Thanks so much to everyone who came out!"

Last week, Draiman told The Jerusalem Post that he wanted to make a statement by coming to Israel after seeing the coverage of the attack in which a Hamas gunman opened fire on pedestrians in the Old City.

Although David — who has some 200 relatives living in Israel — had visited the country many times before, DISTURBED's July 2019 show in Tel Aviv was the band's first performance in the Jewish state. Draiman addressed the crowd in Hebrew at many points during the show at Live Park Rishon LeZion and sang the Israeli national anthem "Hatikvah".

David Draiman at the site where Eliyahu Kay was murdered, may he rest in peace!