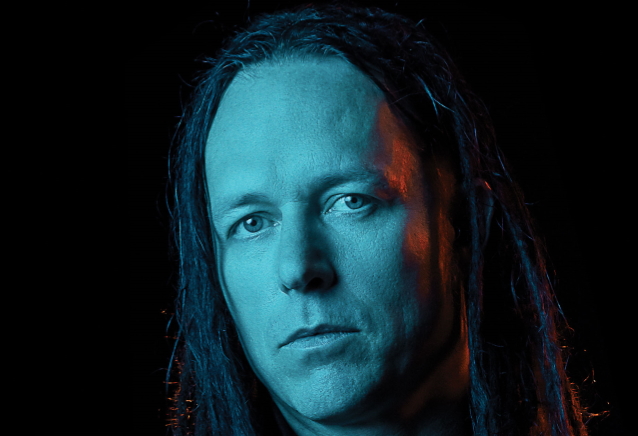 The 47-year-old Moyer, who has been a member of DISTURBED since 2004, announced the couple's engagement in an Instagram post on Friday (May 14). He wrote: "My beautiful Brandi and I got engaged while we were in Hawaii! My partner in love, life, and time is now my fiancé. Love you baby!"

Moyer and Hester live in Texas and reportedly have two children between the two of them, including his 13-year-old son from a previous relationship.

Hester works as an interior designer and stylist serving the Austin, Texas metropolitan and surrounding area.

Prior to joining DISTURBED, Moyer played in rock bands THE UNION UNDERGROUND and SOAK, both major label acts hailing from Texas. He has also toured and/or recorded with ADRENALINE MOB, ART OF ANARCHY and ex-QUEENSRŸCHE singer Geoff Tate.

While he is still capable of playing finger-style, Moyer prefers picking because it has a more aggressive feeling.

Four years ago, Moyer told TheRustBeltChronicles.com that the biggest difference in the music business from when he started nearly three decades ago until today is that "it's a digital world now. Things can be downloaded and bands really don't make the money they used to from CD sales. A band could get signed and make money off of sales back then. Now it's tough to do. Record labels can't really develop the talent like they once did. It's kind of sad, really. You can be a great singer-songwriter and not be able to make a decent living off of your talents."