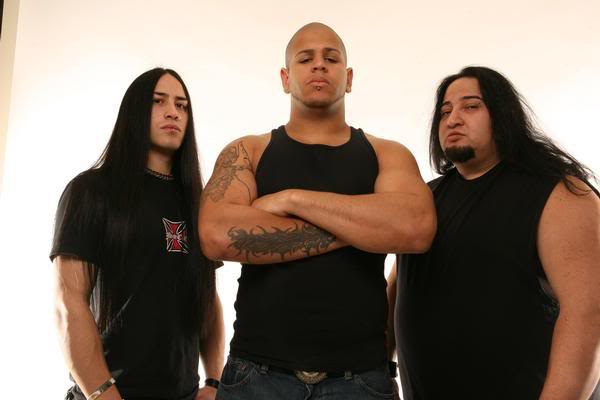 DIVINE HERESY recently inked a deal with Century Media Records for the North American territory and Roadrunner for Europe. The group, which made its live debut on September 2, 2006 at the Whisky A Go Go in Hollywood, California prior to ASESINO's performance as part of Dino's birthday bash (DECREPIT BIRTH's Risha Eryavec filled in on bass for the event) is tentatively expected to release its debut album later in the year. Songtitles set to appear on the CD include "The Threat is Real", "Failed Creation" and "Savior Self".

According to one attendee who saw the group's brief performance at the Whisky A Go Go in September, the band's musical direction "was reminiscent of old FEAR FACTORY — 'Soul of a New Machine' [1992] meets 'Demanufacture' [1995] — but faster, heavier and more intense. After [the new group's] three-song set, Dino screamed from the stage, 'This ain't no pussy shit like new FEAR FACTORY is.' The over-packed crowd cheered as he marched off stage, only to return 10 minutes later to do a full set with ASESINO."