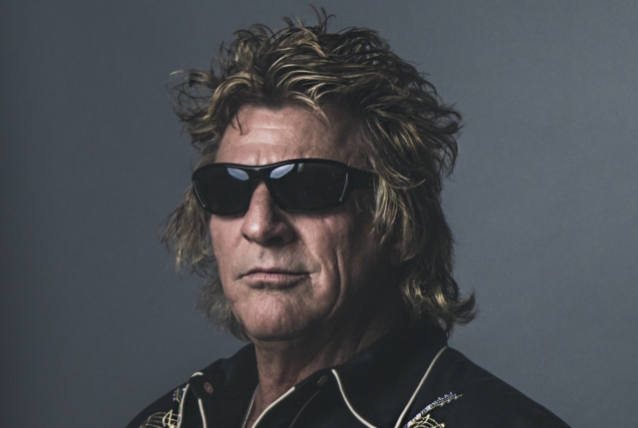 Brown did not perform with his bandmates at some of their recent gigs, including the May 5 concert at the M3 Rock Festival in Columbia, Maryland. He was replaced by BJ Zampa (HOUSE OF LORDS),who has filled in for Brown in the past. No explanation regarding Mick's absence was provided by the band.

During an appearance earlier today (Thursday, May 30) on SiriusXM's "Trunk Nation", Lynch — who has played with Brown in a number of projects, including DOKKEN and THE END MACHINE — said that Mick "retired temporarily," adding that the drummer is "out of DOKKEN."

As for why Brown is taking a break from playing drums, Lynch said: "Drumming is a very physical thing, obviously. And doing it all your life at that age, it's tough. And especially with the kind of power that he plays with — he puts his whole body into it. He's one of those kinds of drummers — like Cozy Powell or [John] Bonham; a power drummer. So, it just takes its toll. Everything aches, everything hurts. So he's just gonna take some time off."

George continued: "I'm not saying he isn't gonna come back. He may come back and do THE END MACHINE. I don't know what his plans are other than that, but we spoke about that. He says, 'Keep me in mind for down the road. But I just wanna rest up and heal up,' and rest his brain and his body for a little while. And I get that."

DOKKEN's classic lineup — including Dokken, Brown, Lynch and bassist/vocalist Jeff Pilson — reunited for a short Japanese tour in the fall of 2016. The trek marked the first time in 21 years the four musicians had hit the road together.