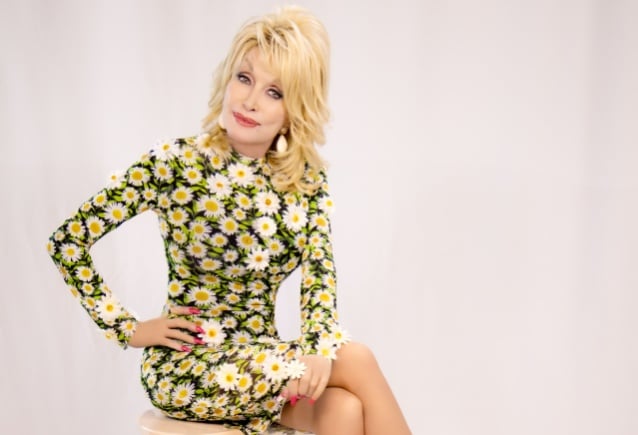 Dolly Parton says that Paul McCartney, Stevie Nicks and Steven Tyler are among the artists who will appear on her much-anticipated rock album.

Titled "Rock Star", the LP will feature covers of classic songs by legendary acts, including THE ROLLING STONES' "(I Can't Get No) Satisfaction" and LED ZEPPELIN's "Stairway To Heaven".

During a new appearance on "The View", Dolly said: "If I'm going to be in the Rock And Roll Hall Of Fame, I better do something to earn it. So I'm doing a rock 'n' roll album and I'm having a lot of the rock stars that I met that night be on the album with me."

"The View" co-host Joy Behar asked Parton if THE ROLLING STONES singer Mick Jagger will be featured on her cover of "Satisfaction", to which Parton replied: "I'm doin' my best to try to get him on, but I did his song anyway. I think Pink and Brandi Carlile are gonna be singing on that particular song with me.

"We've got great artists like Paul McCartney singing with me. Stevie Nicks, we just finished our song last night," Parton told "The View" hosts, before revealing that John Fogerty, Steve Perry and Steven Tyler will also join her on the collection.

"We got a lot of iconic singers that are going to be on with us. So I'm looking forward to it," she said. "I'm even going to have Cher on. I've been getting a song for her. We've been trying to get the right thing together but that's going to be a big thrill."

Parton last month said she wanted Elton John to appear on the project, which is due for release later this year. Prior to that, the country icon expressed her desire to reunite LED ZEPPELIN's Jimmy Page and Robert Plant on the album.

Dolly told BBC Radio 2 about "Rock Star": "I'm working on that album and that will be coming out sometime next fall hopefully, in time for the Christmas season next year. And so I'm going to do a lot of classic songs that are rock songs and then a few that I've written."

After Dolly was nominated for the Rock And Roll Hall Of Fame a year ago, she initially asked to be withdrawn from the list, but she eventually changed her mind and accept the honor.

A new song featuring Parton, Debbie Harry, Cyndi Lauper and more will be released this Friday, January 20. "Gonna Be You" will be included on the soundtrack to the upcoming film "80 For Brady".