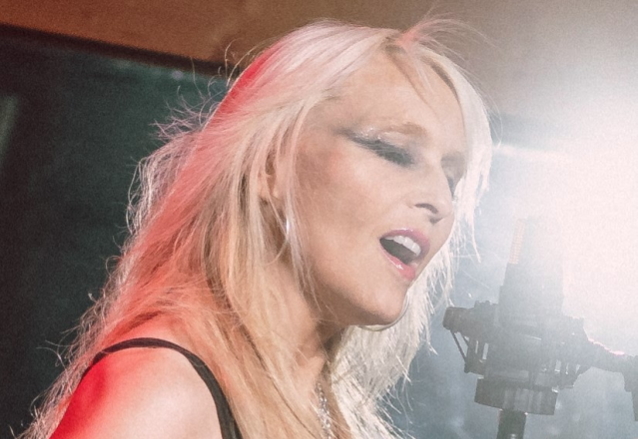 German metal queen Doro Pesch has released a very unique single — a soulful adaptation of her classic metal anthem "Raise Your Fist In The Air". The track was made possible by the new ZDF (national German TV channel) music show "Music Impossible". In a new episode premiering today, viewers can watch Doro competing against German pop singer Mike Singer. Both artists were faced with the difficult task of arranging and performing their own songs in the other artist's genre. This meant that Doro had to transform one of her heavy hits into her opponent's trendy pop sound.

Impossible? Yes, almost. But Doro mastered the challenge with flying colors and won the competition. Together with her producer Andreas Bruhn (ex-SISTERS OF MERCY),the metal queen dared to take a unique excursion into the pop genre, creating an electrifying and soulful new version of "Raise Your Fist In The Air", which the audience in the Berlin TV studio enthusiastically celebrated.

Doro is so enamored with this new version of the song that "Raise Your Fist in The Air... In Heaven Mix" has been released as a digital single via Nuclear Blast today — just in time for the television broadcast of "Music Impossible".

Doro comments: "It was incredibly difficult to find the right song for this format. Making a metal anthem sound pop yet cool was even harder. A real balancing act, which I think we managed very well."

Doro is currently working on material for a new studio album, tentatively due next year. The LP will be the follow-up to "Forever Warriors, Forever United", which came out in 2018. That double album featured 19 regular tracks and six bonus songs.

In celebration of 35 years of the "Triumph And Agony" album from her former band WARLOCK, Doro released "Triumph And Agony Live" in various formats, including CD, vinyl, cassette, DVD, Blu-ray, and a huge box set, in September 2021 through her own label, Rare Diamonds Productions. The "Triumph And Agony" artwork centered on Geoffrey Gillespie's famous original drawing of the "Warlock" embracing the blonde rock star. 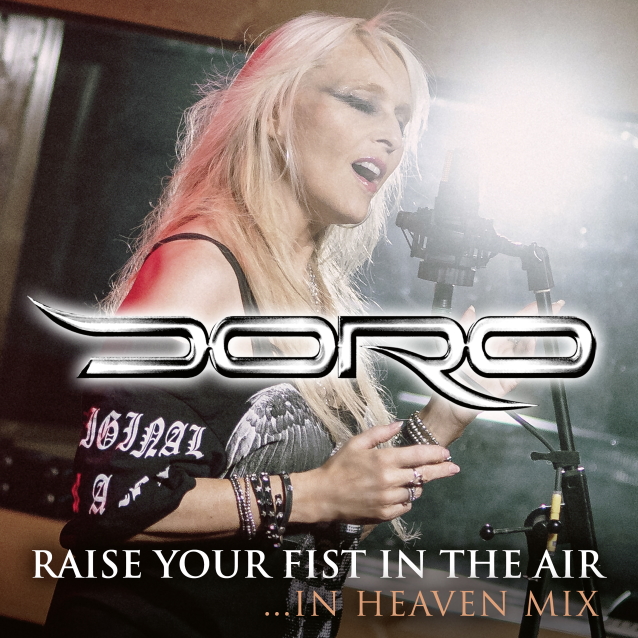