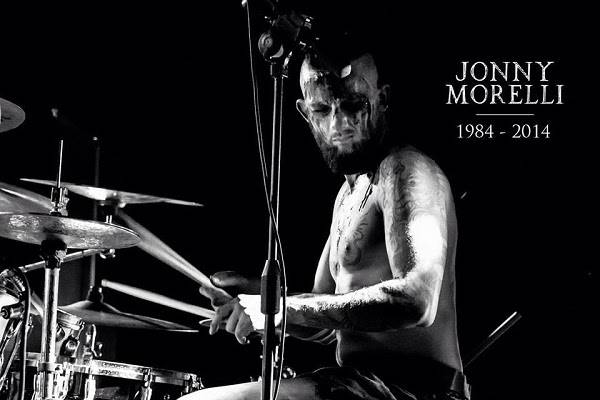 Jonny Morelli, drummer and founder member of Italian pagan metallers DRAUGR, was killed in a road accident in his hometown of Pescara last night. He was 30 years old.

Says DRAUGR's manager Patricia Thomas: "Jonny was not just a very talented musician who, in addition to his work with DRAUGR, which ended after ten years with the dissolution of the band in 2013, had, over the years, worked as a drummer both in the studio and on stage for many Italian bands, both metal and non-metal. He was also a tattoo artist and writer.

"Over the past year, Jonny, along with three other former members of DRAUGR, was working on a new musical project, due to launch in 2014, that would see him take care of vocals and lyrics, as well as the drums.

"My personal condolences go to Jonny's family, friends, and the musicians who have played with him over the years. And of course to all the fans who have followed his work as a musician, tattoo artist and writer."

DRAUGR's debut album, "Nocturnal Pagan Supremacy", was released on Christhunt Productions in 2006. Keyboards were added to the band in 2007, creating the much more epic feel which DRAUGR described as "Italic hordish metal." The sophomore album, "De Ferro Italico", appeared on To React Records in 2011.

The band's most recent lineup included Nemesis on vocals, Triumphator and Mors on guitars, Ursus Arctos on keyboards, Stolas on bass and Jonny on drums.

DRAUGR's final performance took place at the Tipogragfia in Pescara, Italy, on December 22, 2013.