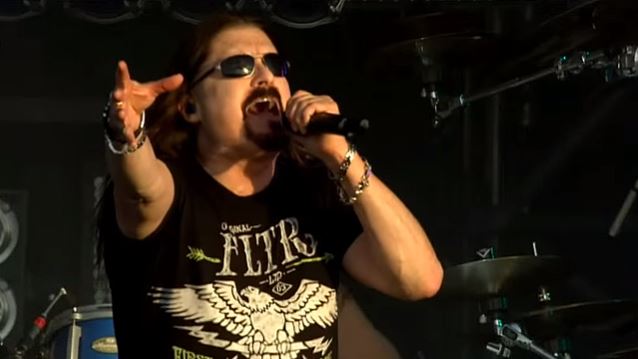 Progressive metallers DREAM THEATER have set "The Astonishing" as the title of their thirteenth album, due in early 2016 via Roadrunner.

The band confirmed the title after promoters in Europe leaked it on a number of tour posters.

DREAM THEATER yesterday announced new tour dates for a momentous European headline run which is set to kick off February 18 at the Palladium in London, England. The winter run will see the prog-titans delivering a one-of-a-kind set in which they will be debuting "The Astonishing" live in its entirety. The unique tour is set to make stops at prestigious theaters around Europe, including Amsterdam's Carre Theater, Oslo's Konserthus, Stockholm's Cirkus, Paris's Palais des Congres and Milan's Teatro Degli Arcimboldi, with additional dates to be announced. Presale tickets for select dates will be available on Wednesday, November 4 with general onsale for all dates beginning on Friday, November 6.