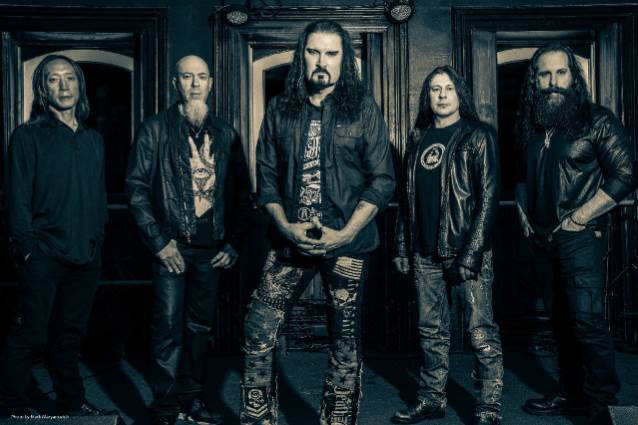 Progressive metal giants DREAM THEATER recently entered an undisclosed studio to begin work on material for the follow-up to 2016's "The Astonishing" album. An early 2019 release is expected.

A new two-minute video of DREAM THEATER drummer Mike Mangini completing his drum tracks for the band's new disc can be seen below. He says: "We've finished the drum tracks and I couldn't be happier with them — a great team effort the whole way."

DREAM THEATER vocalist James LaBrie stated about the new material, "There's a heaviness to it, there's an aggression to it," while guitarist John Petrucci added: "So far the music is heavy, it's progressive, it's melodic, it's shredding, and it's also epic. So it has all those elements, which… they are the five pillars of DREAM THEATER, if you wanna call it that."