Funeral services for British drummer Michael Lee (ROBERT PLANT, LENNY KRAVITZ, THIN LIZZY, THE CULT, LITTLE ANGELS, THE QUIREBOYS) will be held on Wednesday, December 3 at 10:45 a.m. at Darlington Crematorium in Darlington, England. All flowers and cards can be sent to:

Daniel Stanton of Coallier Entertainment, which has worked with THIN LIZZY in the past, said in a statement to BLABBERMOUTH.NET, "The results of post mortem was a seizure, apparently the worst one he could have had.

"Michael passed away at his flat (home) in Darlington. He was found at his home by his friend and police on the floor beside his bed.

"Michael was out the night before [he died]. He said he wasn't feeling well and went home to rest it off. When he didn't answer his phone the next morning, a friend had the police enter his home.

"Michael will sadly be missed.

"The guys in THIN LIZZY are crushed, I have spoken to people in the Robert Plant camp who have also expressed the same. Spike from the London QUIREBOYS has been dedicating their shows each night to Michael. Dave Ling from Classic Rock magazine is said to be doing a feature on Michael Lee in an upcoming issue.

"We will all miss Michael. His boyish smile, his humor, his love and his talent, [but] most of all, we will miss his friendship.

"Michael died way too young. He shares his death with Freddie Mercury of QUEEN and drummer Eric Carr of KISS who also passed away on the same date.

Michael Lee was born Michael Gary Pearson on November 19, 1969. He landed a gig in Robert Plant's solo band in time for 1993's "Fate of Nations" album and stayed with the LED ZEPPELIN singer when he reunited with Jimmy Page in 1994. The drummer toured extensively with the ZEPPELIN duo and appears on both PAGE & PLANT's official albums: 1994's "No Quarter: Jimmy Page and Robert Plant Unledded" and 1998's "Walking into Clarksdale". 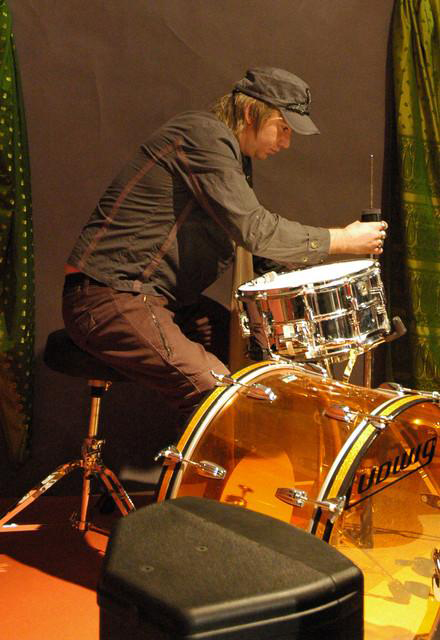