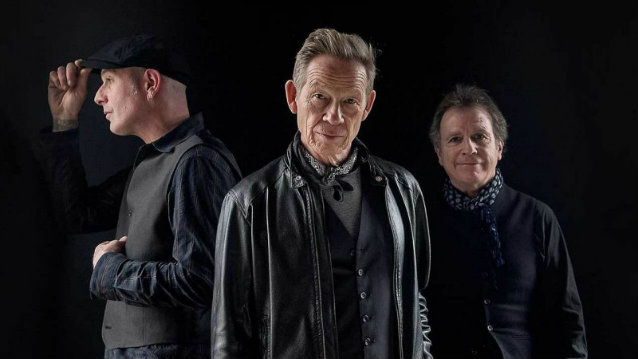 Thirty-five years later, the band formed from the ashes of the SEX PISTOLS by Paul Cook and Steve Jones is back. Revitalized, re-energized and reinvigorated, THE PROFESSIONALS will release their new album, "What In The World", on October 27 via Automaton Records.

"What In The World" bristles with conviction and finds THE PROFESSIONALS on electrifying form, delivering some of the most ballsy, honest and downright brilliant songs of their career.

"We're not breaking any musical boundaries — we're doing what we do best. From the heart with energy and integrity," said the band.

Paul Cook and Paul Myers were reunited on stage touring with Vic Godard's SUBWAY SECT. There the idea sprang to revisit THE PROFESSIONALS. New frontman and guitar player Tom Spencer was invited to come to rehearsals, to sing and play guitar while Steve Jones was being lured back to the U.K. to join. As it became obvious Steve wouldn't be heading over, and with rehearsals feeling better and better, the new lineup was born.

"In the studio, we put the songs down as a three-piece, but what was needed was a second guitarist's mind, to come from another angle," THE PROFESSIONALS said. "Cookie dusted off his punk rock address book and made a few calls. All the guests added their own unique magic."

All the basic tracks were put down at Zak Starkey's studio, just outside London, and were finished at Tower Studios in Pershore. The guests recorded in various studios, both in the U.K. and the U.S.

"What In The World" was produced by Dave Draper with Paul Cook and Tom Spencer there to co-produce. The album is an aural treat, with no calculated image or reliance on nostalgia.

To celebrate the release of "What In The World", THE PROFESSIONALS will play a special headline show at London's Garage on October 28.

"We've been adding a new track or two to live shows but can't wait to try some of the other new songs," THE PROFESSIONALS said. "We're buzzing about the album, and can't wait to spread the buzz. Of course there'll be old stuff played too. We don't cover PISTOLS stuff (apart from 'Silly Thing') but as the gig's forty years to the day from 'Nevermind The Bollocks' was released, we might just add a cover or two!"

"What In The World" track listing: 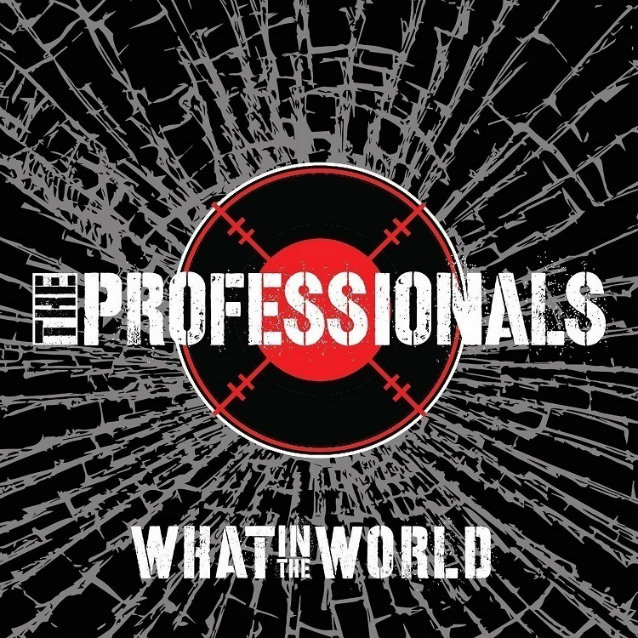