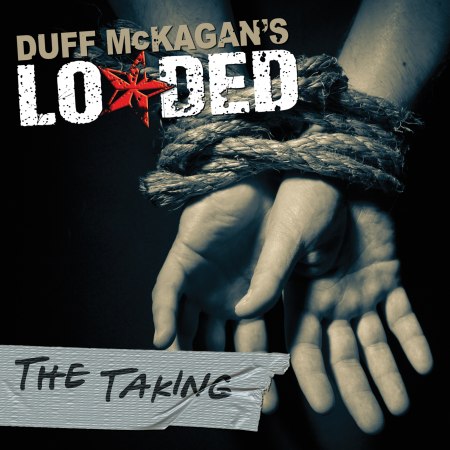 Released on April 19 via Eagle Rock Entertainment, "The Taking" was recorded at a Seattle-area studio with veteran rock producer Terry Date (SOUNDGARDEN, PANTERA, DEFTONES). Two tracks from "The Taking", were previously made available digitally. Anthemic rocker "We Win" was played during the World Series and riled up football fans for McKagan's hometown Seattle Seahawks. "Fight On" draws inspiration from our military veterans, and proceeds from these downloads go exclusively to the Puget Sound Healthcare System.

"This record really sort of took a life of its own, and the songs really revealed themselves to us as we went along," says Duff.

"Terry Date came into the picture at a time when his genius ear helped to capture a sonic theme for the record.

"You can't underestimate what a guy like TD brings to the table.

"'The Taking' is the closest thing to a 'concept' record that I have ever been involved with. Pain, loss, triumph, and redemption. Life. Bring it."