German death metallers DYING HUMANITY have inked a deal with Maintain Records. The band will enter the studio in the spring to begin recording its sophomore album for a summer 2009 release.

Demo/pre-production audio samples of some of the new material is available for streaming on the band's MySpace page.

DYING HUMANITY caused quite a stir on the German scene with its 2007 debut, "Fallen Paradise", which was released through Restrain Records. 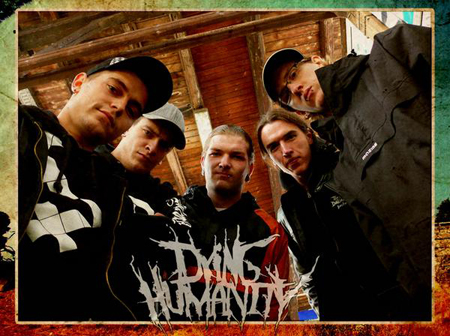