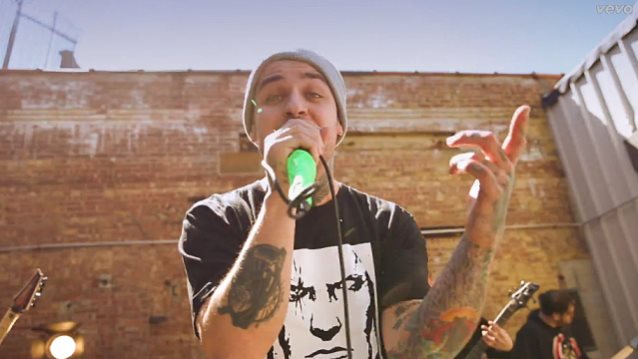 "E", the new video from the Queens, New York-based deathcore act EMMURE, can be seen below. The song is taken from the band's seventh full-length album, "Eternal Enemies", which wasreleased on April 15 via Victory Records. According to a press release, the CD "is without a doubt the most aggressive, brutal and devastating of [album of the band's] career."

EMMURE recently headlined the Mosh Lives! Tour with support from VOLUMES, THY ART IS MURDER, GIDEON and SWORN IN.

EMMURE's fifth full-length album, "Slave To The Game", was released in April 2012 via Victory Records. The CD marked the recording debut of EMMURE's new drummer, Mark Costillo, who has previously played with BETWEEN THE BURIED AND ME and BURY YOUR DEAD.