As 2008 draws to an end, Terrorizer magazine staff and writers have donned their headphone to deliberate over which album should be crowned with the hallowed title of album of the year, an honor roll that sees its awardee join a heady list topped previously by DEATHSPELL OMEGA, MESHUGGAH, CELTIC FROST and MASTODON.

This year saw the return of TESTAMENT, METALLICA and AC/DC, anticipated big releases from the likes of OPETH, AMON AMARTH, CYNIC and SATYRICON, as well as future classics from JEX THOTH, ENFORCER and ROLO TOMASSI. But without a doubt, across the board, the one album that stood out was the latest prog-metal opus from Norway's ENSLAVED.

Terrorizer editor Louise Brown stated; "That ['Vertebrae'] is our album of the year is no surprise. That it stormed ahead of every other album is also no surprise. And if this album becomes contender for album of the decade... nah, that won't be a surprise either."

Exclusively for BLABBERMOUTH.NET readers here is a sneak peek at the official Terrorizer Top 20. The whole list is printed in issue #179, out on Thursday, January 1. 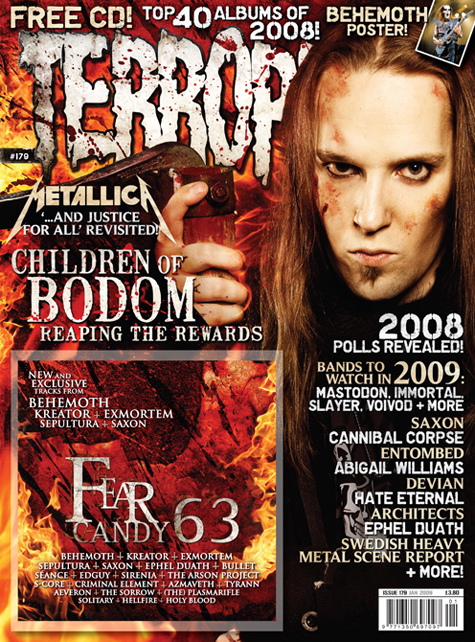