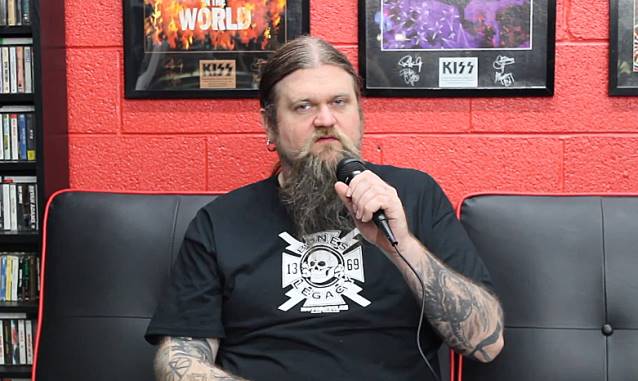 ENSLAVED's IVAR BJØRNSON Interviewed By THE AGE OF METAL (Video)

On January 18, The Age Of Metal conducted an interview with Ivar Bjørnson, guitarist, songwriter, and founding member of Norwegian progressive/psychedelic black metallers ENSLAVED, in Tempe, Arizona during the band's North American tour with AMON AMARTH. You can now watch the chat below.

"Describing the sound on the new album is both easy and hard," ENSLAVED's Ivar Bjørnson said. "It is easy because it sounds like ENSLAVED, whatever that means. It is hard because there are so many layers and different focal points. I have a feeling that it has a deeper complexity than our previous efforts, but at the same time, I do find it more catchy and moving. Then again, I am the opposite of objective in this, so again I'll leave it up to the people outside the band to make up their mind."