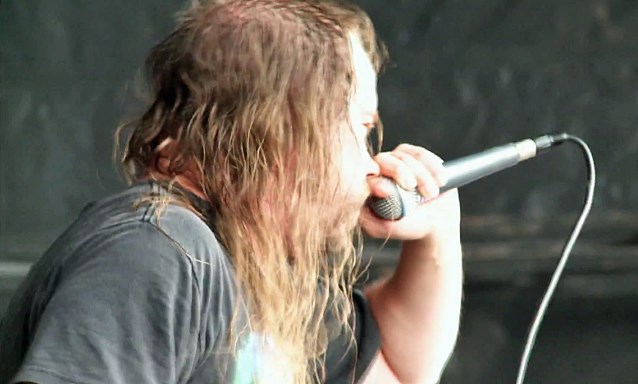 Professionally filmed video footage of ENTOMBED A.D. performing the song "Kill To Live" on August 8, 2014 at last year's edition of the Bloodstock Open Air festival, which was held at Catton Hall, Walton-On-Trent, West Midlands, United Kingdom, can be seen below.