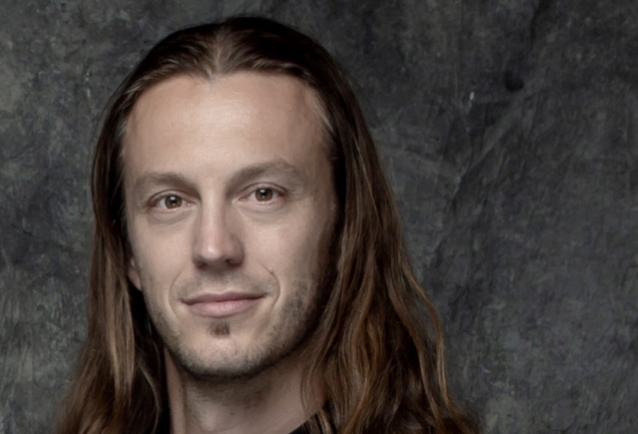 EPICA guitarist/vocalist Mark Jansen has blasted a site for apparently posting pictures which made it look like it was overcrowded on the Dutch beaches.

The Netherlands imposed restrictions more than two months ago, in mid-March, to prevent the spread of the novel coronavirus.

Earlier today, Jansen shared an article from the Dutch news site Nu.nl in which the site apparently admitted that it had posted pictures a week earlier that gave the mistaken impression that people on several of the country's beaches were not following the social distancing guidelines set out by the Dutch government in order to curb the spread of the coronavirus.

The 41-year-old Dutch-born musician, who currently resides in Italy, wrote in an accompanying message: "One of the big main stream media sites of The Netherlands admitting that they posted pictures which made it look like it was over crowded on the Dutch beaches. We all know you can take a picture from different angles and perspectives and make things look worse than they are just for the sake of sensation. Luckily some readers of the article didn't believe it and started looking for other pictures of the same beach and found out that it wasn't so bad. While other readers freaked out about it and got mad about the people going to the beach 'not giving a damn about social distancing'.

"This kind of mainstream media sensation seeking and stirring the pot is in my opinion as bad as plain lies," he continued. "At least it has the same effect. Luckily more and more people read the news and don't accept everything automatically as truth anymore. We need to stay aware and on top of our game in order to get the facts"

As of Saturday, the virus has infected more than 46,000 people in the country and killed more than 5,900, according to Johns Hopkins University data.

The Netherlands has been slowly easing restrictions, with secondary schools, cafes and restaurants slated to reopen in June, according to Reuters.

One of the big main stream media sites of The Netherlands admitting that they posted pictures which made it look like it...