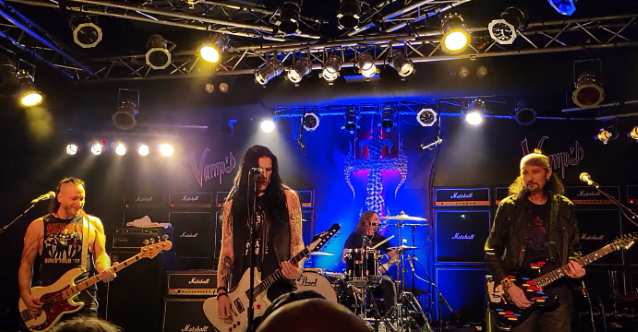 Kulick and his band previously played two shows aboard the 10th edition of the Kiss Kruise.

"I am definitely glowing with pride over what me and my band put together, and I will go on record saying that it's not easy to do that material," Kulick told Ultimate Classic Rock in November. "But I'm always striving to do the work that I know the fans will love. I'm devoted to giving that experience to the fans. Who better to keep the '80s and '90s KISS alive than me? And that's my goal, and I have the right guys to do it with and certainly enough material to make the fans extremely happy and grateful."

Kulick also explained his decision to tackle 1980s KISS material that he wasn't originally involved with, such as "Creatures Of The Night", the title cut of the 1982 album which was KISS's last effort recorded with Ace Frehley credited as an official member and their first LP with Vinnie Vincent as the initially uncredited lead guitarist.

"When it was first brought up to me by Brent, I was kind of, like, wait a minute, I think I know this song, and it's a good one, but what does it have to do with me?" Kulick recalled. "But then I saw the enthusiasm from Todd and Zach, and I thought, Yeah, that would be a strong and surprising opener. I was reading all the fan comments, and when I see them all herald the fact that I'm the one to keep the '80s and '90s alive, then why not go into 'Lick It Up'? Why not look at 'Creatures Of The Night'? There's no harm in it, but I certainly don't need to do 'Cold Gin' or 'Detroit Rock City'."

Earlier this year, Kulick spoke to Rockin' Metal Revival about how the band's reunion with Peter Criss and Ace Frehley for an episode of MTV's "Unplugged" in 1995 paved the way for a KISS tour that would exclude him and drummer Eric Singer.

"[KISS's official] convention tour [in 1995, where Criss rejoined KISS for two songs in a surprise appearance] was what triggered the opportunity for 'Unplugged', but, quite honestly, it also was the catalyst for the reunion tour, which meant the end of my [time with the band]," Kulick said. "That's the bittersweet [part about it]. Now, you've gotta remember, those guys [Ace and Peter] were always, like, 'Hey, I'd love to be back in the band,' this kind of thing. Or, 'What do you think about a reunion?' And I don't think Gene and Paul [Stanley] really cared to entertain that until the 'Unplugged' thing came around and MTV really wanted those guys involved. And then, all of a sudden, people were interested; promoters were throwing big offers to the guys. So it was kind of weird. Eric Singer and I, in January of '96 is when we were told that they were gonna make the announcement at the Grammys, or something, the next month, and we were finishing 'Carnival Of Souls'. So it really was a weird time of my life and everything."

Bruce remains philosophical about his exit from KISS, saying it had nothing to do with his ability or the chemistry he had with the rest of the band.

"I wasn't not going to be in KISS because I didn't play well enough or I didn't get along with the guys; it was purely a business thing," he said. "I always like to say sometimes that it seems like 'Star Wars' went away for a long time, and then, 20 years later, all of a sudden, the franchise retools and there's more 'Star Wars' movies. So the makeup KISS, it was time for that to come back, and, as you know, the numbers don't lie — they did tremendous business. That might have been the end of me actually being in the band, but my connection to the band's been very strong all these years."

Back in 1996, Gene called "Carnival Of Souls" "the heaviest disc we've done," and Paul called it "arguably our best studio album in the last 10 years." 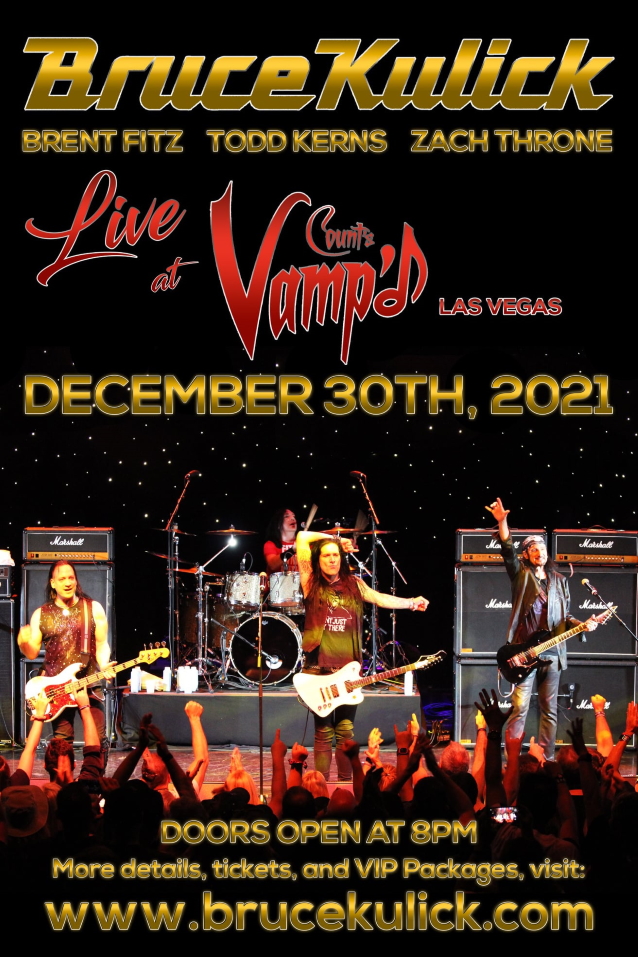