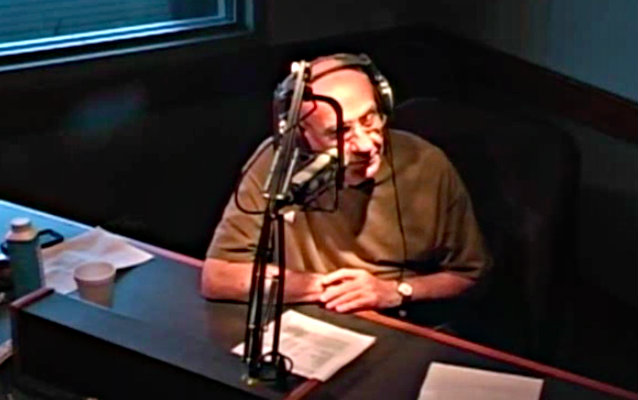 This weekend's edition of legendary BLACK SABBATH drummer Bill Ward's radio show "Rock 50" included his dedication to "lovers of hard rock and great artists who have been with us through all the good and bad days." He said (see video below): "We're gonna take a trip down memory lane. And the reason why I picked that is because I think everybody's gone fucking crazy, quite frankly. And now that'll be a fucking quote on Blabbermouth or something in the next 24 hours. But, to be honest with you, I think everybody's nuts most of the [time]."

He continued: "I love everybody out there, [and] it's not a derogatory comment, but my God, take a breath. We've been in turbulent times in the world before — I mean, seriously, we really have — and I just wanted to play some of the artists that pulled us through some of the years, man.'

Ward added: "We came through the war years, with Vietnam. We came through the '60s; all the stuff that went down in the '60s… you know, civil rights. All the things that went on in the '80s, all the stuff that's gone on all the time, man, and it's in constant motion. So I just wanted to play some of the bands that I think are real pertinent to helping move a day along for somebody, or helping to move an hour along, or a few minutes along for somebody who may have been in distress. And so, we've got some really powerful bands coming up right now."

Video highlights of the August 13 edition of Ward's "Rock 50" radio show can be seen below.

Rumors of Ward joining BLACK SABBATH for their final dates in England in January picked up steam earlier this month, so the drummer's management felt compelled to shoot them down. In a Facebook post, they wrote: "We have seen it reported in the news that Bill will be playing with BLACK SABBATH on 'The End' tour in the U.K. This is incorrect, and we wanted to make sure you heard it from us directly: Bill is not playing with BLACK SABBATH in the U.K. or on any other dates of 'The End' tour."

SABBATH will kick off the final North American leg of its tour on August 17 in Wantagh, New York.