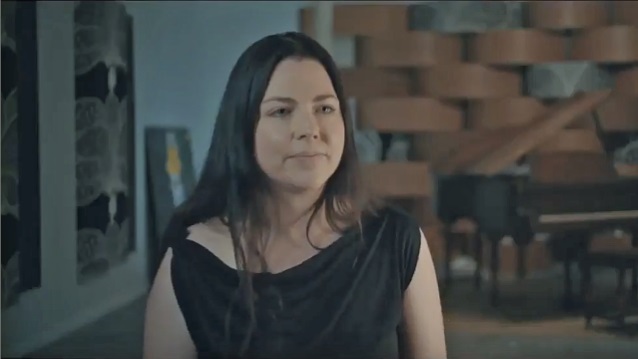 EVANESCENCE singer Amy Lee has told Australia's AAP news agency that she has "taken breaks a lot of times" during the band's two-decade history. "Pretty much after every album cycle, there's a moment where I'm, like, 'Okay, I have to figure out who I am and I don't know if I wanna do this anymore. Maybe this was just me as a teenager and now I'm somebody else,'" she said. "And that's something that inspires me, because every time, at some point, I've come back around to loving it again and knowing that it's such a huge part of who I really am and not a character I was playing. And that's rewarding in itself, and it makes me wanna dive back in again."

EVANESCENCE's latest album, "Synthesis", was released in November. The disc sees many of EVANESCENCE's songs reworked in new ways, incorporating orchestral and electronic elements into the original compositions.

Lee told the Brisbane Times that she was looking forward to revisiting Australia — a country she hadn't toured since 2012.

"Coming to play with the symphony orchestra in the Sydney Opera House is huge," she said. "I'm bragging to all my relatives about it."