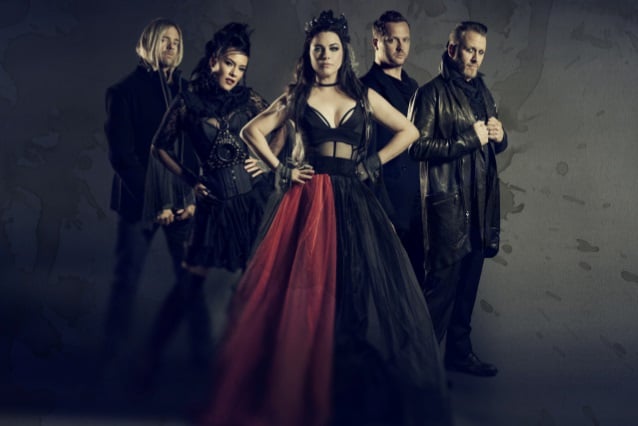 EVANESCENCE's AMY LEE: 'The Plan Is For Us To Work On A New Album Next'

Amy Lee has confirmed that EVANESCENCE will soon begin work on the follow-up to 2011's self-titled effort. "That's the plan," she told Meltdown of Detroit, Michigan's WRIF 101.1 FM radio station. "The plan is for us to work on a new album next. We don't have a timeline going on right now — we've been focused on [the 'Synthesis'] tour and this whole crazy massive thing we've been doing. But, yeah, that's totally the plan. You will hear from us."

Asked if she has been collecting ideas for new EVANESCENCE songs since the release of the band's last record, she said: "Yeah, always. I've got a nice little pile that's been building up over the years."

EVANESCENCE's latest release was 2017's "Synthesis", which was a reimagining of some of the band's best-loved songs — as well as a couple of new ones.

In support of "Synthesis", EVANESCENCE — Lee, bassist Tim McCord, drummer Will Hunt, lead guitarist/backing vocalist Troy McLawhorn and guitarist/background vocalist Jen Majura — is currently in the midst of an extensive "Synthesis Live" tour of North America. Also on the bill is Lindsey Stirling, the violinist, dancer and viral video star who appears on the "Synthesis" track "Hi-Lo". The co-headlining trek, produced by Live Nation, kicked off July 6 in Kansas City, Missouri at the Starlight Theatre and will wrap September 8 in Ridgefield, Washington at the Sunlight Supply Amphitheater.