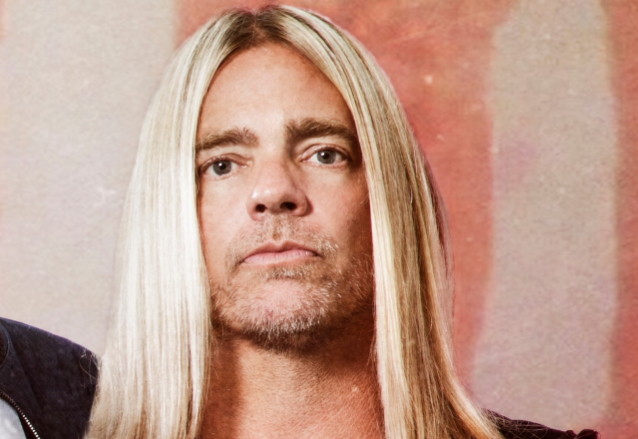 EVANESCENCE's WILL HUNT On Filling In For TOMMY LEE On MÖTLEY CRÜE Tour: 'There Was An Immense Amount Of Pressure To Pull It Off'

In a new interview with Darren Paltrowitz, host of the "Paltrocast With Darren Paltrowitz", EVANESCENCE drummer Will Hunt reflected on the experience of filling in for Tommy Lee at several MÖTLEY CRÜE shows a decade and a half ago. He said (as transcribed by BLABBERMOUTH.NET): "I knew certain songs that I had played or that I grew up practicing in my room. But then they were playing a two-and-a-half-hour set 'cause that was kind of the first reunion. And there were some deep tracks and deep cuts on there that I hadn't really explored or ever played; like 'Louder Than Hell' was one of 'em. I love that song, but I never pulled it apart. I'd never played 'Girls, Girls, Girls' or 'Wild Side', both of which had really unique arrangements. And I had less than 24 hours to finetune all of this, with cues and stuff like that, so there was an immense amount of pressure to pull it off. But I made cheat sheet notes — I had 'em up there — and then [Tommy] was able to speak to me in my in-ear monitor, so it was, like, 'Hey, okay, we're getting ready to change,' and kind of count me in to it. So the first couple of nights I had him telling me what was up, which made it — I don't wanna say 'easy,' but made it pretty easy."

Regarding the fact that he was allowed to use "cheat sheets" during his performances with MÖTLEY CRÜE, Will said: "I don't know too many people that could fly into something like that. I had to learn 24 songs, some of which I had familiarity with, but by and large, I hadn't played a MÖTLEY CRÜE song in years. It was, like, okay, do you want this to be good or do you want [it] to be average? Because I prefer to be good. I mean, I'll hide the notes — it's not like there's a sheet hanging up right in from of me. I'll hide 'em. But I think it's necessary in that kind of a thing. I don't know anybody that could pull that off."

Hunt initially filled in for Lee on several MÖTLEY CRÜE North American tour dates in April 2006. Hunt, who had previously backed Tommy in his solo band, took over the drumming duties after a member of the Canadian MÖTLEY CRÜE tribute band BRÖKEN TÖYZ stepped in at the last minute to cover for Lee at the band's April 5, 2006 concert at the Enmax Center in Red Deer, Alberta, Canada.

In June 2007, Lee was forced to sit out CRÜE's concert at the Hammersmith Apollo in London, England after suffering an injury to his left arm. Stepping in for him at the last minute once again was Hunt, who was on a short break from EVANESCENCE's European touring activities following the group's appearance at the Download festival.